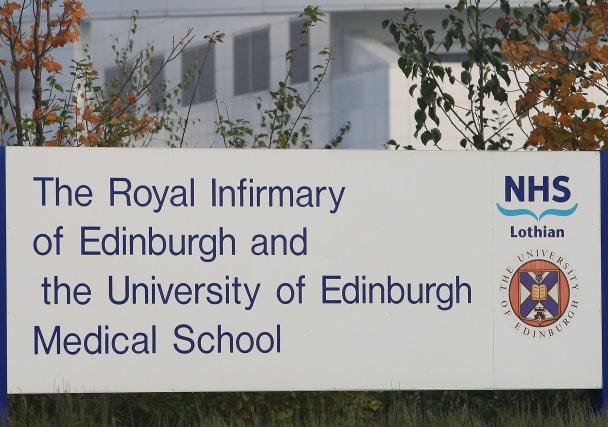 Haemophiliac patients were not told they were HIV positive for two months after results were available, a doctor has told the Infected Blood Inquiry.

Professor Christopher Ludlam said he knew of the 16 positive cases in October 1984 but patients were not told they could request test results until a group meeting in December that year.

The consultant haematologist and reference centre director at the Royal Infirmary of Edinburgh from 1980 to 2011 gave evidence to the inquiry on Wednesday.

He said: “We could have indicated to patients that the results were available sooner.

“But we were considering actually how the best way was to manage the situation.”

He said he “wanted to inform the patients in a controlled way” rather than them “learning by rumour”.

The inquiry heard he phoned a Dr McClelland in October 1984 to tell him 16 haemophiliac patients had developed antibodies to HTLV-III, the previous name for HIV.

Asked by Jenni Richards QC if patients had still not been told about the diagnoses by November, Prof Ludlam said: “That’s correct – we were quite taken aback, I was quite taken aback by the results received.

“It was out of the blue and we had to actually think about what the implications were.”

The evidence showed a group meeting took place at the Royal Infirmary of Edinburgh on December 19 that year – two months after the results were initially discovered.

The professor was then asked why he thought a group meeting was a good idea.

He said the day after attending a “stressful meeting” in London, he “turned up at work the following morning to receive a phone call from (a) The Yorkshire Post reporter who said he had heard about the Edinburgh episode”.

Prof Ludlam added: “He wished to publicise this in The Yorkshire Post the following day and I was absolutely furious with him.

“I begged him to delay, he was desperate to publish his story … and so I eventually persuaded him to wait about a week before publishing it.”

The reporter told the professor he would publish on December 20, leaving him a few days to decide what to do – with a letter sent to the patients inviting them to the group meeting.

Ms Richards said: “There’s nothing in that letter that would inform the recipient there is a problem with Scottish factor, or that patients have been tested, or that there are positive results to come back.”

He replied: “No, but I opened the letter saying there’s been much publicity so there was a lot around in the general news about Aids.

“I suppose I could have said that we had results for some patients but the implication was that if you are interested, please come and see me.”

A preliminary look at the results suggested at least one batch of PFC concentrate, used to treat haemophiliac patients, had caused infection, Prof Ludlam added.

He agreed with inquiry chairman Sir Brian Langstaff that he had “not quite (known) where to turn” after getting the positive test results.

The professor said the consequences of HIV infection were “to some extent unknown” at that time.

He added: “Was this actually a situation where 100% of those infected were going to get Aids or was it a case of only 1%?”

The inquiry continues on Thursday.