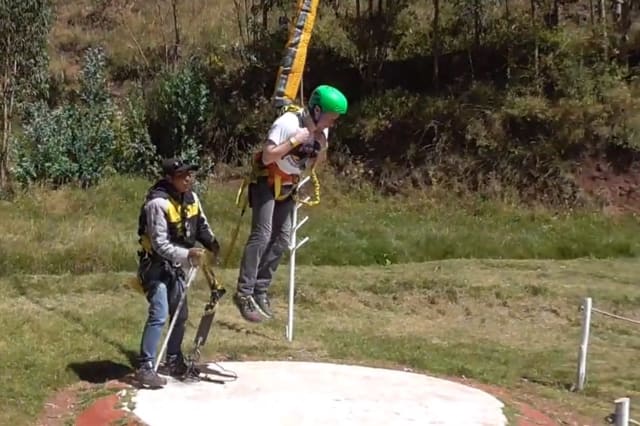 A daring tourist has braved Peru's largest reverse bungee in the city of Cusco.

Michael Nolson is seen tied and attached to the ground before the adrenaline junkie is released into the sky, experiencing a brief freefall on his way back down, while screaming throughout

Gary Barlow at 50: Highs and lows of the Take That star’s glittering career

Afghan woman plays instrument once forbidden to her