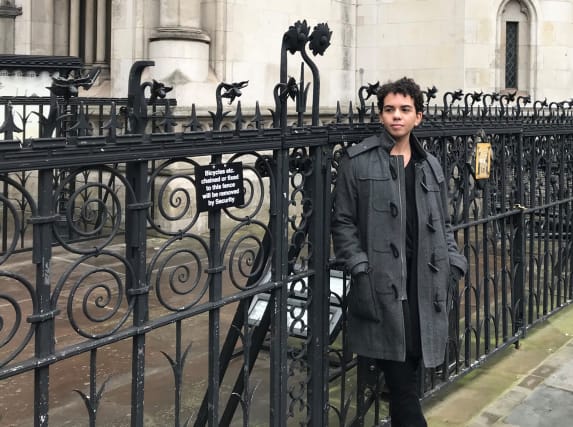 A woman who began taking puberty blockers when she was 16 before “detransitioning” has said she is “delighted to see that common sense has prevailed” after a landmark High Court ruling.

The legal challenge was also brought by Mrs A, the mother of a 15-year-old autistic girl who is currently on the waiting list for treatment.

In a judgment on Tuesday, Dame Victoria Sharp, sitting with Lord Justice Lewis and Mrs Justice Lieven, said that children under 16 need to understand “the immediate and long-term consequences of the treatment” to be able to consent to the use of puberty blockers.

The court ruled that “in order for a child to be competent to give valid consent, the child would have to understand, retain and weigh” a number of factors, including “the immediate consequences of the treatment in physical and psychological terms” and the fact that “the vast majority of patients taking puberty blocking drugs proceed to taking cross-sex hormones and are, therefore, a pathway to much greater medical interventions”.

The judges said in their ruling: “It is highly unlikely that a child aged 13 or under would be competent to give consent to the administration of puberty blockers.

“It is doubtful that a child aged 14 or 15 could understand and weigh the long-term risks and consequences of the administration of puberty blockers.”

They added: “In respect of young persons aged 16 and over, the legal position is that there is a presumption that they have the ability to consent to medical treatment.

“Given the long-term consequences of the clinical interventions at issue in this case, and given that the treatment is as yet innovative and experimental, we recognise that clinicians may well regard these as cases where the authorisation of the court should be sought prior to commencing the clinical treatment.”

Speaking outside the Royal Courts of Justice after the ruling, Ms Bell said: “I am delighted at the judgment of the court today.

“It was a judgment that will protect vulnerable young people.

“I wish it had been made before I embarked on the devastating experiment of puberty blockers. My life would be very different today.”

She added that the ruling “exposes a complacent and dangerous culture at the heart of the national centre responsible for treating children and young people with gender dysphoria”.

In a statement read out on Mrs A’s behalf, she said: “I hope this judgment will provide a safety net to prevent the unsupervised medical experimentation on children, like my daughter, by an institution charged with helping to alleviate her distress.”

The pair’s solicitor Paul Conrathe described the “historic judgment” as “a damning indictment of clinical practice at the Tavistock”.

Mr Conrathe said the ruling raised “serious questions” about whether “a culture of unreality has become embedded in the Tavistock”.

He added: “This may have led to hundreds of children receiving this experimental treatment without their properly informed consent.”

At a brief hearing on Tuesday, the court refused the Tavistock and Portman NHS Trust’s application for permission to appeal against the ruling.

But the court gave the trust until December 22 to apply directly to the Court of Appeal and, in a statement after the ruling, a spokesman confirmed that the trust would seek permission to appeal against the judgment.

He said: “The trust is disappointed by today’s judgment and we understand that the outcome is likely to cause anxiety for patients and their families.

“Our first duty is to our patients, particularly those currently receiving hormone blocking treatment, and we are working with our partners, University College London Hospitals NHS Foundation Trust and Leeds Teaching Hospitals NHS Trust, to provide support for patients concerned about the impact on their care.”

Lui Asquith, from the trans children’s charity Mermaids, said the ruling was a “devastating blow”, describing it as “a potential catastrophe for trans young people across the country”.

They told the PA news agency: “This morning’s judgment has been an absolutely devastating blow for trans young people across the country.

“We believe very strongly that every young person has the right to make their own decisions about their body and that should not differ because somebody is trans.

“The court today has decided to treat trans young people differently to every other child in the country.

“We believe that we’re entering a new era of discrimination, frankly.”

At a hearing in October, Ms Bell and Mrs A’s lawyers said children going through puberty are “not capable of properly understanding the nature and effects of hormone blockers”.

They argued that there is “a very high likelihood” that children who start taking hormone blockers will later begin taking cross-sex hormones, which they say cause “irreversible changes”.

But, in its ruling, the High Court said: “It is said therefore the child needs only to understand the implications of taking puberty blockers alone … in our view this does not reflect the reality.

“The evidence shows that the vast majority of children who take puberty blockers move on to take cross-sex hormones.”

The court added that both treatments were “two stages of one clinical pathway and once on that pathway it is extremely rare for a child to get off it”, describing puberty blockers as “a stepping stone to cross-sex hormones”.

Glenn Hoddle: I was so nervous about performing in The Masked Singer