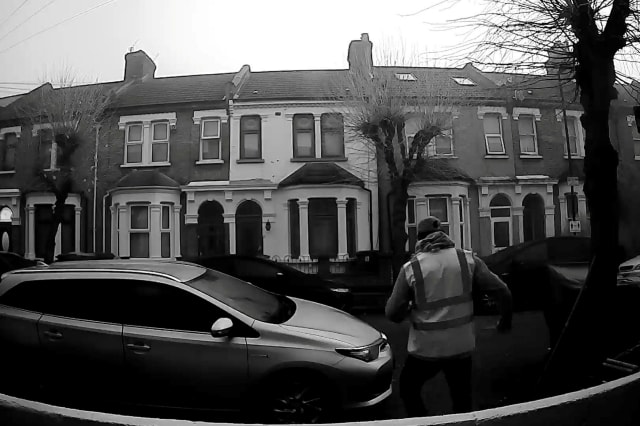 This is the moment a street cleaner busted some impressive dance moves during an early morning shift - unaware he was caught on video.

Pushing a cart, the man stops in front of the property and checks that the coast is clear before breaking into a dance routine.

Headphones on, he incorporates several moves while picking up litter during a 20-second period - before walking out of shot.

Homeowner Mo Chowdhury, 34, came across the boogying binman while reviewing his doorbell footage.

The impromptu performance took place at around 7am on Friday morning (27/11) - and put a smile on his face.

Law firm concierge Mo said: "He's very good! Hopefully he might be famous one day. I thought it was nice.

"There's a lot of cleaners, but this is the first one who has shown any skills like this!"