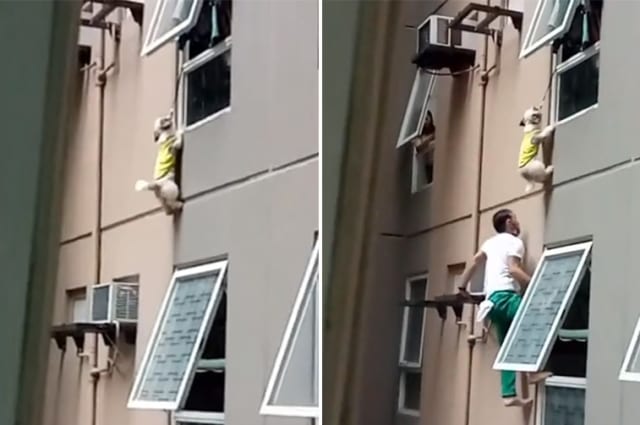 This is the dramatic moment a dog is left clinging to a ledge after falling from a third-floor window.

Rescuers used a ladder to reach the struggling pooch after residents called for help in Manila City, the Philippines.

Neighbour Keithley Ann Tracy Asistio, who lives in one of the units in the building, said the dog was left alone inside the house with the window open.

The hapless pooch then jumped onto the window sill to play but slipped and almost fell, before Keithley's mother Jacquelyn heard it crying.

Keithley Ann said: "We saw him hanging for 15 minutes before the firemen arrived and we all prayed for his safety.

"Fortunately the dog was safe and hopefully it will teach the pet owner a lesson so these accidents can be prevented."