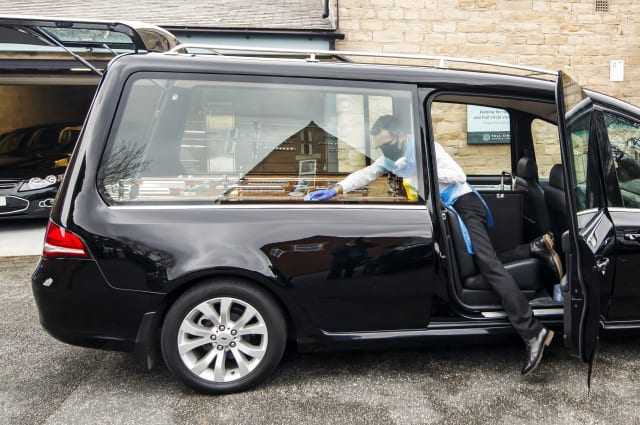 The Office for National Statistics (ONS) said there were an estimated 28,300 excess winter deaths in England and Wales in the winter of 2019-20.

For the winter of 2019-20, the ONS said it had excluded deaths where coronavirus was mentioned on the death certificate from the main figures in order to improve the “comparability of this winter’s measure with previous years”.

When Covid-19 deaths were included there were an estimated 8,700 excess winter deaths during the 2019-20 season – the lowest number recorded since the data time series began in 1950-51.

However, the ONS said: “The low estimate is explained by the comparison with the large number of Covid-19 deaths that occurred mainly in the non-winter months April to July, rather than an exceptionally low number of winter deaths.”

The new data, published on Friday, also showed that respiratory diseases continued to be the leading cause of excess winter deaths that occurred in 2019-20.

Respiratory diseases accounted for 39.6% of all excess winter deaths in England and 40.0% in Wales, the ONS added.

In Wales there were an estimated 2,000 excess winter deaths in 2019-20, which was split evenly between males and females.

The excess deaths mortality index for these areas was “statistically significantly” higher than the England average of 16.8%, the ONS said.

The excess winter mortality index is calculated so that comparisons can be made between sexes, age groups and regions, and shows the percentage of extra deaths that occurred between December and March.