Valencia, Alicante and Lisbon are the best countries in the world for expats to live in.

That is according to the annual Expat Insider 2020 report by InterNations, which surveyed more than 15,000 expatriates representing 173 nationalities and living in 181 countries. For a city to be featured in the Expat ranking 2020, a sample size of at least 50 survey participants per city was required.

An expat is an employee sent abroad on a corporate assignment or a new international hire. Therefore, the opinions of the survey respondents may differ from the overall population.

Respondents were asked to rate 25 different factors, which fall into 13 subcategories, related to life abroad. Those 13 subcategories were then put into four indices – Quality of Urban Life, Finance and Housing and Urban Work Life, which were used to rank 66 cities worldwide.

The survey also includes a Local Cost of Living Index, which did not factor into the overall ranking.

With the survey being carried out in early March, the responses are a good snapshot of just before the COVID-19 pandemic.

The report's authors noted: "It needs to be kept in mind, however, that the survey data for the ranking was collected in march 2020, just before COVID-19 turned into a global pandemic.

"Since then, living conditions have changed rather rapidly in some destinations. As such, these results may not always reflect what expat life in all of these cities will be like in a post-COVID world." 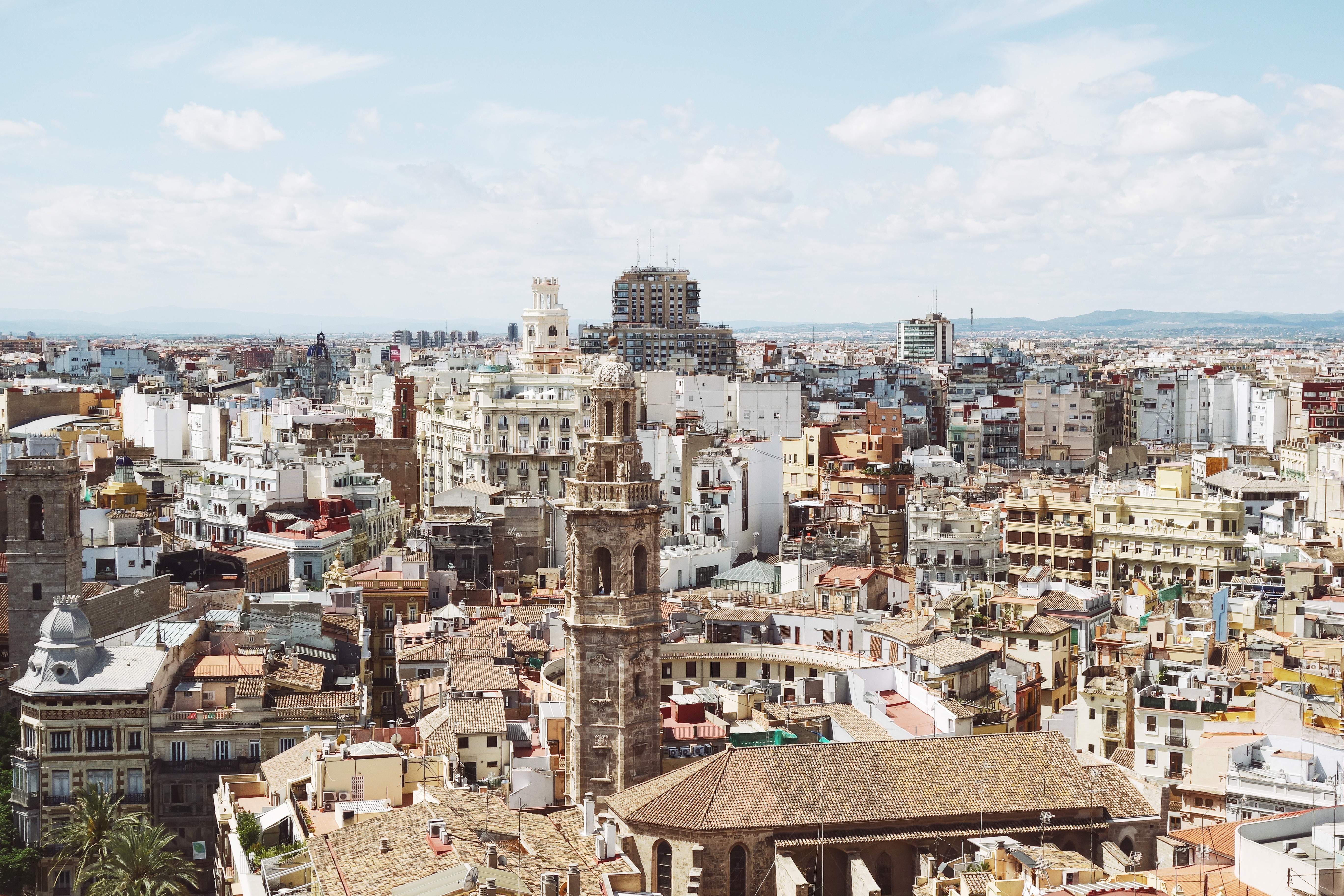 Valencia came first worldwide in both the Quality of Urban Living and the Local Cost of Living indices. In fact, nine in 10 expats rate the local cost of living positively (94%) and consider healthcare easily available (91%).

Expats are also very happy with the local climate and weather and the leisure options, ranking them second and fourth in the world, respectively.

With more than four in five (82%) saying housing in Valencia is affordable, it also comes first for this factor. Overall, the Spanish city ranks third in the Finance & Housing Index.

It is also easy to get settled in Valencia.

However, nearly half (46%) are unhappy with their local career opportunities, and just over half (54%) rate the economy positively.

Alicante comes second in Finance and Housing, and the Local Cost of Living indices.

Four in five expats are satisfied with their financial situation. Additionally, more than two in three said housing is affordable, and four in five rated the cost of living in general positively.

However, it comes just 39th in the Urban Work Life Index with 44% of expats rating their local career opportunities negatively. They also rated public transportation as bad.

However, nine in 10 are satisfied with healthcare, local climate, and weather.

Lisbon performs well across the board. In particular, the Portuguese capital is easy to settle in, with four in five expats saying they feel at home there (82%) and are happy with their social life (79%).

Meanwhile, nine in 10 (89%) are satisfied with the local leisure options, and nearly all (96%) are happy with Lisbon's weather and climate. Expats in Lisbon are also very happy with their jobs and personal work-life balance.

However, two in five are unhappy with the local career opportunities, and a fifth with the state of the local economy.

The Panamanian capital ranks highly due to its sixth ranking in Finance & Housing, and 14th in Getting Settled.

Expats in Panama City are more than satisfied with their financial situation, with 72% viewing it positively.

They also consider it easy to find housing, and more than half (55%) describe the available housing as generally affordable. In addition, a quarter (76%) also feel at home in Panama City.

However, Panama City does just slightly worse in the Urban Work Life Index, coming it at 18th. Seven in 10 are satisfied with their jobs, but it ranks 41st for local career opportunities.

Expats are particularly dissatisfied with public transportation and the urban environment.

Singapore scores high in nearly all areas. It comes in ninth in the Quality of Urban Living Index largely due to its excellent results in safety and politics.

Nearly all expats in Singapore rate the political stability positively (90%) and feel personally safe there (97%).

Singapore comes in 1th in Finance and Housing Index, with 63% saying their disposable household income is more than enough to cover their expenses.

This is despite three in five (58%) rating the cost of living negatively.

This is also true when it comes to housing – while four in five say it is easy to find, a fifth (21%) say it is unaffordable.

However, it is easy to get settled in Singapore. Three in five (58%) are particularly happy with the ease of making new friends, and seven in 10 find it easy to get used to the local culture.

This Spanish coastal city is easy to settle in. Nearly nine in 10 expats feeling at home there (87%) and finding the local population friendly (88%). Meanwhile, three-quarters (77%) are happy with their social life.

The city comes in third in the Local Cost of Living and the Finance and Housing indices. Nine in 10 expats are happy with the local cost of living, and four in five are happy with their financial situation. Over half of the respondents describe housing as affordable.

Málaga lands 14th in the Quality of Urban Life Index. All expats are happy with the climate and weather in Málaga, and nine in 10 are satisfied with healthcare.

However, just one in 10 expats are happy with the local career options.

WATCH: Best cities in most populous states for your finances

Buenos Aires ranks highly despite coming in 47th in the Urban Work Life Index, mainly due to two in three (65%) expats rating the economy negatively.

In addition, it comes just 38th in the Quality of Urban Living Index. Three in five are unhappy with the city's the political stability, and a fifth feel personally unsafe.

However, expats rate Buenos Aires 11th in Finance and Housing and 15th in the Local Cost of Living.

Getting settled in Buenos Aires is not a problem, either. Seven in 10 agree it is easy to make new friends. Nine in 10 expats said they are pleased with the city's leisure options.

Kuala Lumpur comes first in the Finance & Housing Index. Seven in 10 expats said housing is affordable (vs 41% globally), and over four in five (84%) said it is easy to find.

It's also easy to get settled in the city. More than nine in ten said it is easy to live in Kuala Lumpur without speaking the local language. Seven in 10 are happy with their social life, and six in 10 find it easy to make new friends

READ MORE: 'What is going on, you guys?' US expats face tough questions abroad

The Spanish capital comes sixth in the Quality of Urban Living Index. Nine in ten (92%) expats are happy with its leisure options (92%), and local climate and weather (89%).

However, Madrid ranks just 34th in the Finance and Housing Index. In fact, three in 10 said their disposable household income is not enough to cover all expenses.

In 41st place, the Urban Work Life Index looks similarly grim: Madrid only ranks 46th in job security, and 17% of expats are dissatisfied with the state of the local economy. A third are also dissatisfied with local career opportunities.

On the bright side, it's easy to get settled in Madrid. Four in five feel at home and find it easy to get used to the local culture.

The city comes in 23rd in The Finance & Housing Index. However, while seven in 10 say it is easy to find housing, less than a third find it affordable.

It comes 33rd in Quality of Urban Living and 36th in Urban Work Life, benefiting from the easy availability of healthcare and the high degree of personal safety. However, only 50% are happy with the local climate and weather.

Expats are also dissatisfied with their job security, working hours, and their work-life balance, for which the city was ranked 51st, 51st and 52nd, respectively.

Joanna Lumley: I once applied for an Indian passport

Baby turtle released back to sea after recovering from flipper injury

Dog waits for days outside of hospital for owner