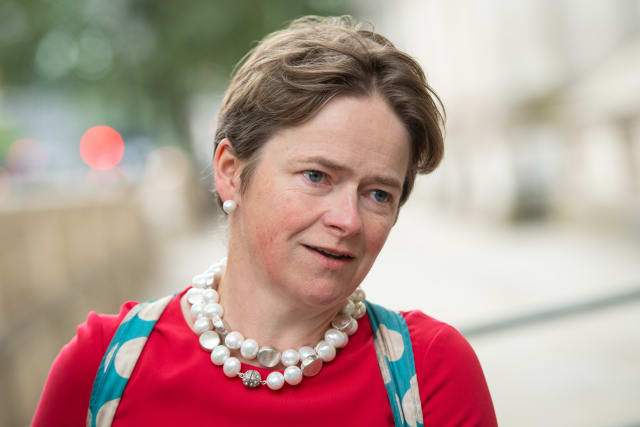 Campaigners have launched legal proceedings against the Government claiming it handed out top jobs in the coronavirus pandemic to “cronies” without proper competition.

The court papers allege that because the positions were not advertised and are unpaid the Government was guilty of indirectly discriminating against others outside the very well-off, predominantly white group from which the they were chosen.

The campaigners said that they have launched the judicial review because they believe the appointments were unlawful.

In a statement on its website, the Good Law Project added: “Thousands of lives depend on these public bodies.

“Yet this Government has handed them over without competition to cronies who’ve channelled billions of pounds of taxpayers’ money to private companies and their associates – while the Test and Trace system fails.

“A number of people – who just happen to share the quality of being friends of the Conservative Party – were just given the nod.

“This is not the Britain we should be, and we don’t believe it is lawful.”

Court papers said the the appointments were contrary to the Equality Act 2010 against people who were not white and people who are disabled.

This is due to people who are disabled or not white being “less likely to be among the exclusive group considered for the positions” and less able to take up unpaid roles.

It also alleges that Mr Johnson and Hancock paid “no regard to the equalities impact of its approach”.

The papers highlighted that Baroness Harding and Ms Bingham are both married to Conservative MPs, while Mr Coupe is the former chief executive of Sainsbury’s and a former friend and colleague of Baroness Harding.

They said that there was no public advertisement for any of the posts and even if there had been they would have excluded all candidates “save for those who were extremely wealthy and/or held posts for which they would continue to be paid”.

It added: “This claim challenges the Government’s policy or practice of making impotent public administrative appointments to posts critical to the Government’s response to the pandemic, including the specific appointments set out above, without adopting any (or any sufficient) fair or open competitive processes which are designed to ensure appointment based on merit.

“It further challenges the Government’s failure to offer remuneration for these high level full-time roles.”

It added: “The Government’s practice of offering these roles unpaid rules out those without family wealth.

“Those who don’t rub shoulders with high-ranking ministers are often shut out.

“And public confidence is undermined: how can we see, without transparency, whose interests this serves?

“The public’s – or the private interests of friends of the Conservative Party?”

They said that the Government has 21 days to respond to its legal challenge.

A No 10 spokesman said: “We do not comment on ongoing legal proceedings.”

Jolyon Maugham QC, director of the Good Law Project, said on social media: “This is our belief, that cronyism – which undermines the public interest, discriminates against those who don’t rub shoulders with Cabinet Ministers, and shuts out those who lack the family fortune to work unpaid – is unlawful.

“And we at @GoodLawProject mean to prove it in court.”

Mr Maughan said that the organisation will publish the full court documents on Sunday.