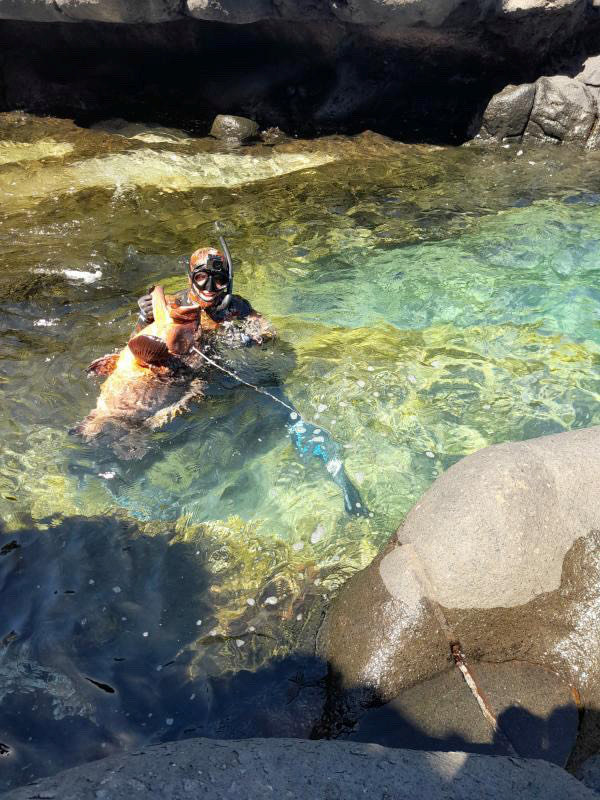 This is the moment a fisherman was delighted when he tried to catch a tiny fish for tea - but ended up netting a massive FOUR STONE grouper.

Professional wrestler Borja Campos, 26, spotted the huge fish in a cave while trying to chase after a little 13lb fish.

The diving spear-fisherman put his muscles to good use to snare the huge 26kg beast and haul it to the surface, off the coast of El Hierro in the Canary Islands.

His delight was caught on camera by best pal Oscar Fleitos, 22. 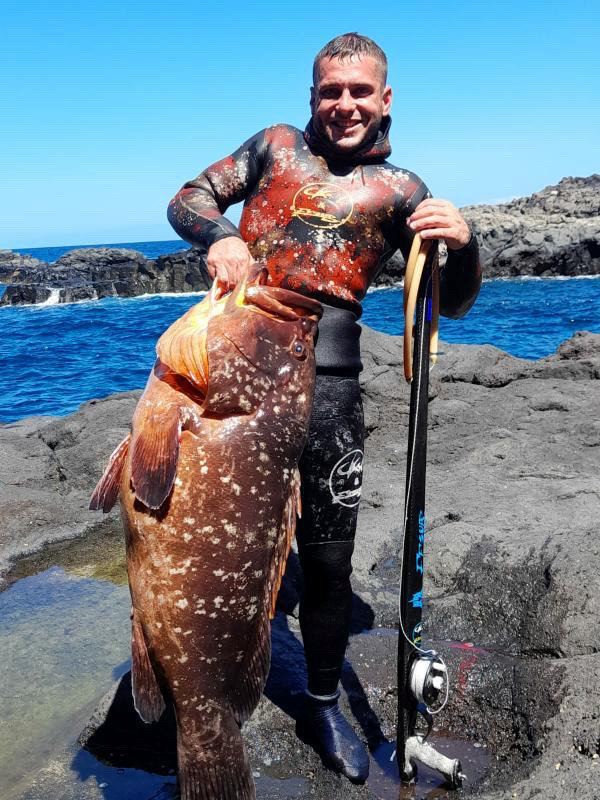 Borja said: "I was screaming with happiness inside when I saw the grouper.

"Just before I got out, I spotted a small grouper heading into a cave, so I thought I'd follow it.

"That was when I saw a second grouper come from nowhere and follow it into the cave - and my heart started beating really fast when I realised how big it was."

As Borja reached a depth of 18m below the surface, he pointed his torch into the cave to reveal the enormous fish.

He said: "The fish was staring straight back at me, and I couldn't believe it when I managed to catch that precious 26kg grouper.

"Oscar started filming me as I brought it to the surface because he couldn't believe how big it was either.

"It was a wonderful day."

The pair were on a camping holiday when Borja caught the fish on November 9.

He had been in the water for four hours without catching anything, and was just about to give up and get out of the water when he spotted the enormous grouper.

Sir Elton John ‘ramping up’ exercise routine to get into shape

Bond girl’s Mercury Cougar expected to fetch up to £150,000 at auction

A river in Madurai overflows with toxic foam