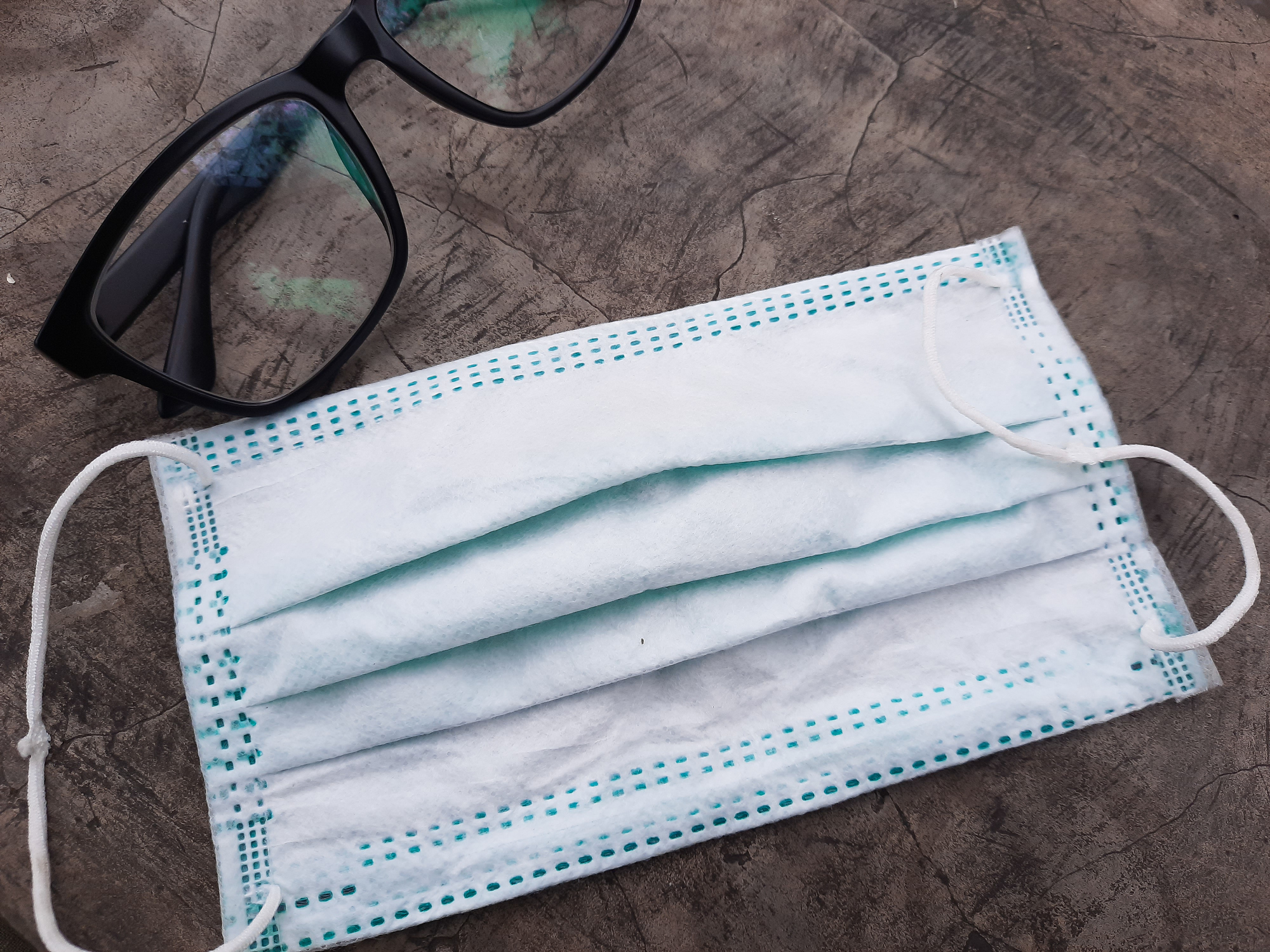 We've started to get used to wearing a face mask to help prevent the spread of coronavirus, but that's not to say they don't cause us the odd irritation.

Those of us who wear glasses will testify that the steamy spectacle struggle is oh so real.

Ditto the issue of the mask sometimes slipping down under your nose.

Thankfully, a surgeon has shared a simple and cost-effective hack to help stop your glasses fogging up every time you wear a mask.

Daniel M. Heiferman, who wears spectacles while operating, shared a trick on Twitter that he says prevents his lenses steaming up and obstructing his view.

READ MORE: The face mask hacks you need to know

If you're having a hard time with glasses fogging or keeping your mask up over your nose, a simple bandaid does wonders. Learned it in the OR.

Feel free to share, it may save lives! pic.twitter.com/RBG8JGUzFS

Heiferman says all you need to help hold the mask in place and prevent your breath from riding upwards under your glasses is a humble plaster, or bandaid.

This is also a useful technique to employ if your mask keeps slipping from its optimum position, whether it falls off your nose or keeps riding up towards your eyes.

The really brilliant thing is it's also super cheap – a pack of Boots plasters costs 99p for 20, meaning each bandaid costs as little as 5p.

Dr Heiferman told his Twitter followers that the simple method is one he picked up at work: "If you're having a hard time with glasses fogging or keeping your mask up over your nose, a simple bandaid does wonders. Learned it in the OR [Operating Room]. Feel free to share, it may save lives!"

So far, Heiferman's tweet has clocked up more than 169,000 likes and has been shared by more than 64,000 social media users, including Chrissy Teigen who captioned her retweet: "Damn this is why you a doctor and I am I don't know".

Others offered thanks to the doctor for solving a problem they'd been struggling to overcome.

I have also found that tucking the mask under the bottom of the glasses helps as well. But this bandaid idea is great. Thanks. pic.twitter.com/yCsCDIwFty

Thanks for the tip! I work I. Dentistry and at least one eye is fogged all day. It becomes distorting after awhile. pic.twitter.com/WQ10dvMVcf

Genius. Thank you.
Mine always works it's way up my nose into my eyes �
Please #StaySafe �

READ MORE: Why you should think twice before using a disposable face mask

Dr Heiferman followed up his original post with a subsequent tweet acknowledging the support his trick had received. "I am overjoyed to see how many people the trick may help! Thank you all for your support in spreading it around," he wrote. "Harnessing the power of social media for good can lead to great things! #WearAMask"

This isn't the only trick social media users have been sharing to help stop the steam.

Back in September GBBO star Nancy Birtwhistle outlined her own handy hack for helping to stop glasses fogging up while wearing a face covering.

The grandmother, who won the fifth series of the popular baking show, puts a drop of diluted washing up liquid onto her lenses before wiping it off with a cloth.

She claims putting the washing up liquid on the glasses helps them remain fog-free while wearing a face mask.

While most praised the tip as being a game-changer, some questioned whether putting washing up liquid on glasses could damage them.

Optician David Hutchfield, from Glasses Direct told Yahoo UK that washing glasses with soapy water and letting them dry naturally will leave a film on them that will act as a barrier to reduce fog.

"We wouldn't recommend this normally as long term application of soapy water may damage any lens coatings, but as a short-term measure in these unprecedented times it can be an effective solution," he said.

Back in August a woman was praised for sharing another "game-changing" hack to stop glasses fogging up while wearing a face mask.

The trick, devised by Nic Jam who shared it with the world via Facebook, involved sewing a button onto her mask, which allows her glasses to sit slightly further away from her face, and helps to prevent the steam fogging them up.

Another spectacle wearer also suggested putting a tissue on the inside of your mask to stop the warm, moist air rising.

This tissue tip was seconded by Ceri Smith-Jaynes from the Association of Optometrists, who previously advised folding a tissue "until it forms a strip and place it along the top edge of the mask before you put it on".

Joe Lycett: Gift from Sarah Millican was a lifesaver