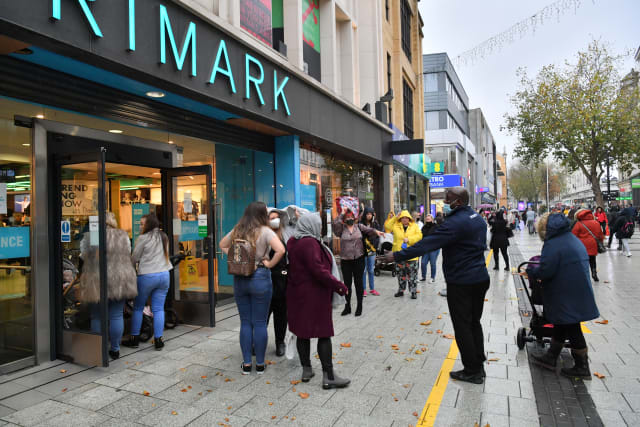 There are “early positive signs” that Wales’ firebreak lockdown has curbed the spread of coronavirus in the country, the First Minister has said.

The end of the 17-day lockdown means groups of up to four people can now meet up in cafes, pubs and restaurants while shops, gyms, hairdressers and places of worship can also reopen.

Supermarkets can again sell non-essential items while people will only be allowed to meet up inside homes with members of one other household if they have joined into a “bubble”.

Mr Drakeford told Monday’s Welsh Government press briefing the all-Wales level had now dropped from 250 cases per 100,000 people to just under 220 cases – and stressed it was “vital” people continued to work from home.

Mr Drakeford said: “We won’t know the full impact for a couple of weeks yet but there are some tentative early positive signs, and those give us some hope.

“Mobility data shows large increases in people staying at home during the firebreak – back to the levels last seen in May.

“It is vital that working from home as much as possible continues beyond today.”

Mr Drakeford said rates in Merthyr Tydfil – which briefly became the worst-hit area of the UK last week with 741 cases per 100,000 people – had now fallen to around 520.

He said: “This is still too high, but an important and encouraging fall.”

But the number of people being admitted to hospital was continuing to rise, the Welsh Labour leader said, adding there were now more than 1,400 Covid-related cases in Welsh hospitals, higher than during the April peak of the virus.

And he said high numbers of deaths would continue “until we get coronavirus under control”.

Wales’ new national measures would be reviewed in a fortnight, he said, stressing that the country’s exit from the firebreak needed to be “careful and cautious so that we can maximise its impact.”