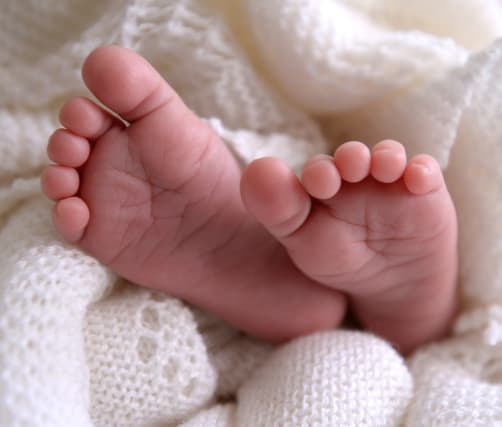 Children who are breastfed for three months or more develop fewer behavioural difficulties than those who are not, new research suggests.

The study, said to be the first to track behaviour into adolescence, examined the long-term effect of breastfeeding as a baby on children’s behaviour at the ages of three, five, seven, 11 and 14.

Researchers found those breastfed for three months or more are less prone to social and emotional setbacks such as bouts of anxiety, struggles forming friendships or problems with concentration.

This was found to be the case even allowing for other influencing factors such as maternal education, maternal psychological distress and family socioeconomic status.

The World Health Organisation recommends babies should be breastfed exclusively for the first six months of their lives.

Lead author Lydia Speyer, of the University of Edinburgh’s School of Philosophy, Psychology and Language Sciences, said: “The positive impact of breastfeeding on children’s physical development is well known but the effect on their social and emotional development is less understood.

“Having identified that there are potential behavioural benefits, our study strengthens the case for public health strategies that promote breastfeeding, where possible.”

Babies being breastfed for less than three months has been linked to a range of behavioural difficulties but previous studies – mostly focused on early childhood – have been inconclusive.

The new study, led by the University of Edinburgh and Lancaster University, looked at the long-term impact of breastfeeding.

Researchers did so by analysing questionnaires about children’s strengths and difficulties that had been completed by parents and teachers.

Data was taken from the Millennium Cohort Study, which is tracking the lives of nearly 20,000 people born in the UK in 2000-02.

Some 11,000 people – children, parents and teachers – contributed to the latest research.

The study concludes: “This study offers further evidence consistent with the idea that breastfeeding plays a crucial role in children’s socioemotional behavioural development.

“Longer breastfeeding durations are associated with fewer behavioural problems in the short and long terms, though future research is required to illuminate the mechanisms.

“Results support current healthcare policies that seek to encourage mothers to exclusively breast feed for the first six months of the infant’s life.”

While the study did not examine explanations for why breastfed babies develop fewer behavioural problems, there are thought to be several potential explanations.

Dr Speyer said one could be that breastfeeding releases oxytocin, the so-called “love hormone” in both mother and child, which has a positive effect on their mood and reduces stress.

Breast milk also contains some oxytocin as well as fatty acids that are important for brain development.

The study is published in the journal Archives of Disease in Childhood.

Winner crowned in I’m A Celebrity