Cat pounces on kid while he runs and knocks him down 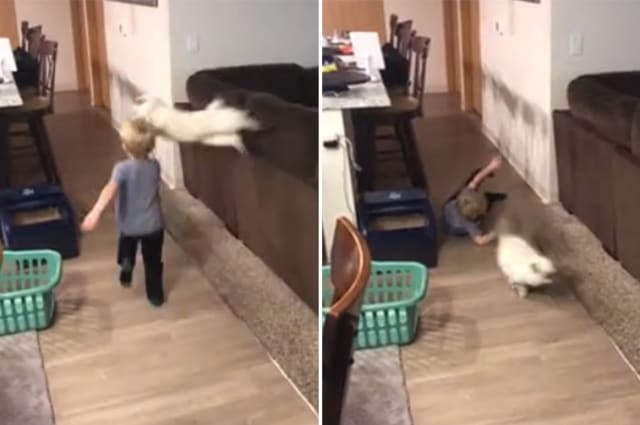 This footage shows a little boy running across a room in his house when he gets the shock of his life.

From out of nowhere, the family cat pounces and knocks him to the floor.

The boy picks himself up looking a little confused, while the cat makes a very swift exit.

Fearne Cotton items up for auction as Mind deals with £1.5m losses in shop sales