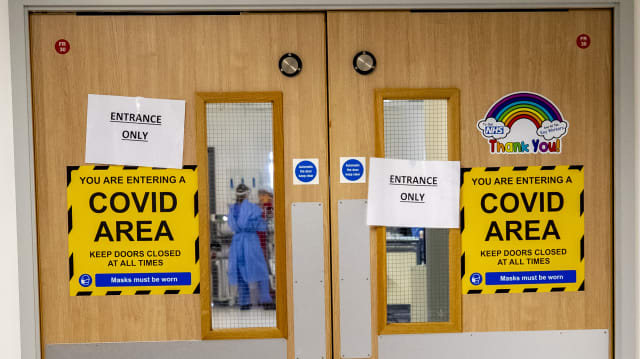 The number of weekly registered deaths involving coronavirus has risen by more than half in seven days, new figures have shown.

There were 670 deaths registered in England and Wales which mentioned “novel coronavirus” in the week ending October 16, the Office for National Statistics (ONS) said.

This is a rise of 53% from the previous week, when 438 deaths involving Covid-19 were registered.

It is the sixth consecutive rise and the highest number of registered deaths involving Covid-19 since the week ending June 19.

Deaths increased in all regions in England and Wales, and in hospitals, care homes, hospices, private homes and other communal establishments.

Of the latest deaths, 521 occurred in hospitals, 106 in care homes, 33 in private homes, six in hospices, two in other communal establishments and two elsewhere.

About one in eight (12%) of the 4,346 registered hospital deaths in the week ending October 16 involved coronavirus.

Looking at hospital deaths on the day they occurred, there were 86 deaths on October 15.

This is the highest number of daily deaths for four months, since 90 deaths occurred in hospitals on June 10.

North-west England had 229 deaths involving Covid-19 registered in the week ending October 16 – the highest number for the region since the week ending June 5, according to the ONS.

In north-east England, 93 Covid-19 deaths were registered in the week to October 16, which is also the highest since the week to June 5.

In Yorkshire and the Humber, 87 deaths were registered: the highest since the week to June 19.