London's most expensive property is on the market for an eye-watering £54.5m, a price point nearly 32 times higher than the £1.7m it was sold for in 2008.

The Grade II listed 12-bedroom Mayfair townhouse was built in 1732, and underwent an extensive refurbishment in 1908 by architect Ralph Knott.

Knott was well-known for his "Edwardian Baroque" style as evidenced in his building of County Hall in London. 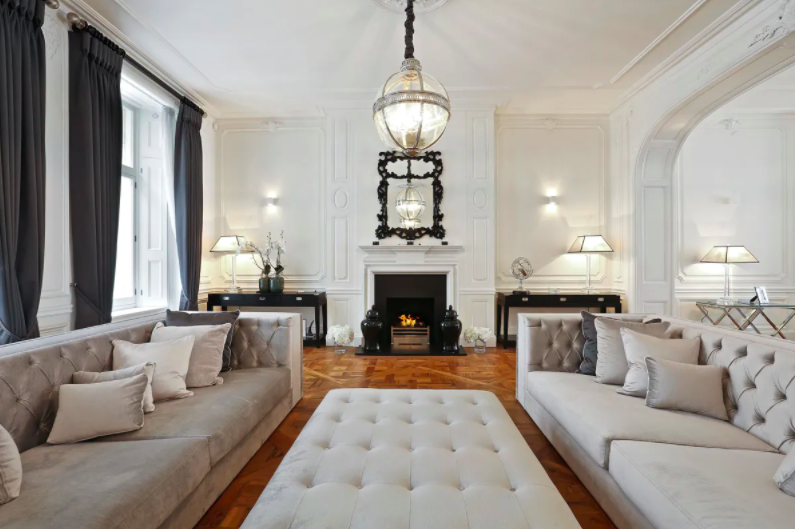 The refronting of the building in Portland stone was called "extremely inventive" at the time.

Since then it has been overhauled by Camden-based architects The Kalyvides Partnership, who revamped the 14,500 square foot residence, which is connected to a mews house via a huge basement and the ground floor.

Today the house has been restored to its former glory, retaining some period features.

It includes a L-shaped drawing room on the first floor, which leads to a large terrace and dining room with capacity for seating 20 guests.

The main house has five bedrooms, including a master bedroom, taking up the entirety of the second floor. The master bedroom has its own private roof terrace.

Further bedrooms are found in the 'Mews House' at the rear in Culross Street which has its own drawing room/kitchen as well as a well-appointed gym and garaged parking for two cars.

The house also has one of Mayfair's largest private swimming pools, a gym and a separate spa pool with sauna.

The house is coming to market at a time when UK house prices are pushing ever higher.

Most UK estate agents and property surveyors expect house prices to be higher in a year's time despite the economic crisis, according to a survey.

New figures suggest Britain's recent housing market boom shows no signs of running out of steam and a continued flight to more rural areas, with growing coronavirus infection rates and lockdown restrictions failing to curb the rush to move.

The number of enquiries by potential buyers, agreed sales and new properties placed on the market all remained "strong" in September, according to a leading industry poll by the Royal Institute of Chartered Surveyors (RICS).

The listing also comes alongside new data showing that in the first nine months of 2020, buyers from France held the largest share of international purchasers in the prime central London (PCL) property market, accounting for 11% of all transactions involving overseas buyers.

This is a major shift away from the dominance of Chinese buyers, who racked up 8.3% of overseas purchases during the January to September period, according to data from estate agency Knight Frank. This is a decrease from their 15% share over the same period in 2019.

The proportion of UK buyers in the central London market accounted for about 59% of deals compared with 47% in the previous year.