What financial support is on offer for Tier 3 regions? 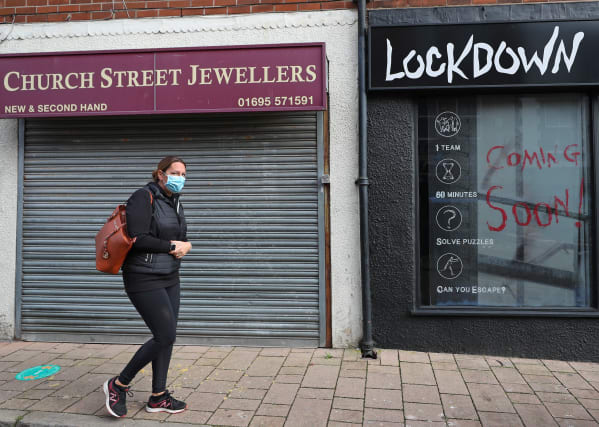 But what financial support is the Government offering to these areas – and is the support fair?

Some 1.4 million people in Barnsley, Doncaster, Rotherham and Sheffield will be affected by Tier 3 measures from Saturday morning.

The package of support agreed includes £11 million to invest in a localised test and trace system – equivalent to around £8 per capita.

A further £30 million of support for businesses affected by the restrictions, as well as their employees, will be offered. This equates to approximately £22 per capita.

A row over the financial support meant agreement was not reached between Westminster and local leaders before the Government announced Tier 3 measures were to be imposed.

Civic leaders wanted a minimum of £65 million to support the region’s 2.8 million people, but Boris Johnson refused to offer more than £60 million.

So far, the Government has only agreed to £22 million to help authorities implement and enforce restrictions.

However, the £60 million figure – which is in line with the offer for South Yorkshire of approximately £22 per capita – for business support is said to remain “on the table”.

The 1.5 million people of Lancashire were placed under Tier 3 restrictions last week, with the agreement of local leaders.

The county secured £30 million of business support – equivalent to approximately £20 per capita.

A further £12 million for enforcement was agreed – in line with the £8 per capita offered to other areas.

The Liverpool City Region was the first area to come under Tier 3 restrictions earlier this month, with tougher measures affecting its 1.6 million people.

It secured £14 million for enforcement, and a further £30 million of business support.