Vaccine could be available by end of winter – expert 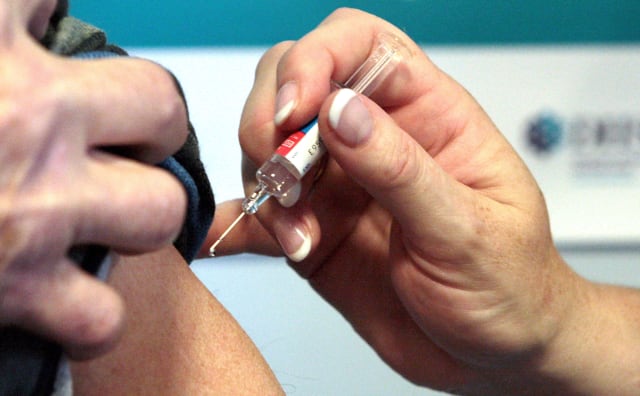 There is very little chance that coronavirus will be eradicated, but a vaccine could be available by the end of the winter, a leading expert has warned.

Epidemiologist Professor John Edmunds, who is part of the Government’s scientific advisory group, told MPs that people are going to have to learn to live with the virus “forever more”.

Giving evidence to the Science and Technology and Health and Social Care committees on Wednesday, Prof Edmunds said it was an “almost certainty” that a vaccine will help to manage the epidemic in the “not-too-distant future”.

He added: “We are going to have to live with this virus forever more. There is very little chance that it’s going to become eradicated.

“I think there’s so much investment in vaccines, of very different types, there’s a huge array of different vaccines that are being developed.

“I think it’s an almost certainty we will have vaccines that help us to manage this epidemic in the not-too-distant future.”

When asked what the chances were of a vaccine being available this winter, he added: “Towards the end of winter – it’s certainly possible.

“The likelihood is that some of these will become available in the not-too-distant future.

“The UK has played a clever game and invested in very many of these and different technologies – I think that’s the right thing to do.

“So I think we here in the UK, we will be in a reasonable position in months.”

Prof Edmunds, who is a member of the Government’s Scientific Advisory Group for Emergencies (Sage), said that it was unlikely that everyone will be vaccinated, but it could start with high-risk groups.

He added: “I don’t think we are going to be vaccinating everybody, but to start maybe the highest risk people, healthcare workers and so on.”

Prof Edmunds said that with a vaccine potentially on the horizon, it was important to try to keep Covid-19 cases low.

He added: “In fact I think it’s very important to understand that actually vaccines are not that far away potentially now, and I think that does change what we should do now.

“If vaccines are just round the corner, in my view we should try to keep the incidence as low as we can now because we will be able to use vaccines in the not-too-distant future.”

Prof Edmunds also told the committees that in September, Sage had suggested a circuit-breaker lockdown so that cases were low enough for Test and Trace not to become overwhelmed.

He added: “We were suggesting that a circuit-breaker might be put in place and other stringent measures in order to put the epidemic clock back, as it were, back to a time in, say, August … when the cases are low enough you are confident you can stamp out cases and you haven’t overwhelmed the Test and Trace system.”