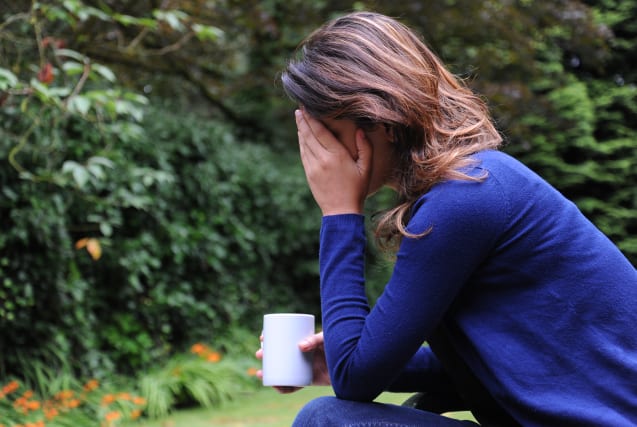 One in 10 people had experienced suicidal thoughts by the end of the first six weeks of lockdown, according to new research.

The study, which looked at three “waves” of lockdown between March 31 and May 11, found the restrictions had a major impact on the UK population’s mental health.

It found young people, women, those from more socially disadvantaged backgrounds and individuals with pre-existing mental health problems reported the worst mental health outcomes in the initial phase of the national restrictions.

The research, led by the University of Glasgow, found suicidal thoughts increased over the first six weeks of lockdown, with one in 10 people reporting them (9.8%) by the end of this period.

However other factors related to suicide risk such as symptoms of anxiety, levels of defeat and entrapment decreased across the same period, while depressive symptoms and loneliness remained relatively stable.

Professor Rory O’Connor, chair in health psychology at the university’s Institute of Health and Wellbeing, said: “While public health measures, such as lockdown, have been necessary to protect the general population, we know the effects of Covid-19 on the population’s mental health and wellbeing are likely to be profound and long-lasting.

“The findings from our study, showing in particular the increasing rates of suicidal thoughts, especially among young adults, is concerning and show that we must be vigilant to this at-risk group.

“As we move through this pandemic, investigating the trajectory of mental health and wellbeing is crucial to giving us a better understanding of the challenges people face during this difficult time.

“By having such analysis and information, we can formulate targeted mental health measures and interventions for those most in need as this pandemic continues, as well as being prepared for future.”

Further analysis into sub-groups showed worse mental health outcomes during the pandemic for females, young people (aged 18-29), those from more socially disadvantaged backgrounds and those with pre-existing mental health problems.

Across all three waves, approximately one in four respondents (26.1%) experienced at least moderate levels of depressive symptoms.

The study was carried out in collaboration with the Samaritans, the Scottish Association for Mental Health and the Mindstep Foundation.

Liz Scowcroft, Samaritans head of research and evaluation, said: “The findings from this study are stark and leave us with no doubt that Covid-19 has had a detrimental impact on the nation’s mental health.”

The study, published in the British Journal of Psychiatry, also involved the universities of Nottingham, Stirling and Leeds.

Five highlights from series 11 of The Great British Bake Off