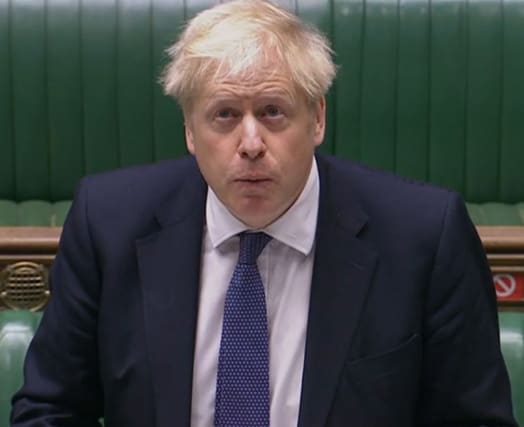 South Yorkshire will be the latest region placed into Tier 3 coronavirus restrictions as Boris Johnson came under renewed pressure to increase financial help for areas under the toughest curbs.

The region will receive a £41 million package of funding, but Sheffield City Council’s leader Julie Dore pleaded with ministers to “do the right thing” and offer extra support to all Tier 3 areas.

The deal with South Yorkshire comes after bitter wrangling over money with Greater Manchester led to the highest level of restrictions being imposed from Whitehall without an agreement.

Labour leader Sir Keir Starmer called for a clear framework setting out the support on offer to regions in Tier 2 and Tier 3 of the coronavirus measures rather than “grubby, take-it-or-leave it” deals.

The restrictions in South Yorkshire, which will cover around 1.4 million people in Barnsley, Doncaster, Rotherham and Sheffield, will come into force on Saturday morning.

Sheffield’s leader Ms Dore said: “We will continue to push Government to provide enough support for people and businesses as they are now placing us in these measures which will have such serious consequences for the people most impacted.

“It is not too late to do the right thing to support people in Sheffield, South Yorkshire and all the people currently going into Tier 3 across the country and I would plead with Government to increase the levels of support they are providing for Tier 3.”

Sheffield City Region’s Labour mayor Dan Jarvis said: “The number of people with Covid in our hospitals has doubled over the last 10 days, with no signs this will relent over the coming weeks.

“Inaction was not an option.”

Health Secretary Matt Hancock said: “A failure to act now would only lead to tougher and longer lasting restrictions later.

“I understand the sacrifice people in South Yorkshire have already made and the enormous impact further measures will have on people’s lives.

“That is why we are also providing support to businesses and contact tracing activity across South Yorkshire.”

The financial package agreed by Sheffield City Region with the Government includes £30 million to support the region’s businesses and £11 million for councils for measures such as test and trace.

The announcement means means 7.3 million people, or 13% of England’s population, will now be living under Tier 3 restrictions which include a ban on households mixing and the closure of pubs and bars which do not serve meals.

In South Yorkshire, the restrictions will also include the closure of betting shops, adult gaming centres, casinos and soft play centres.

Gym classes will not be allowed, but gyms will remain open.

– Coronavirus restrictions in Scotland which saw the closure of pubs and restaurants in the central belt and a 6pm indoor hospitality curfew elsewhere are to be extended until November 2.

– One in 20 people with Covid-19 are still suffering symptoms eight weeks later, while one in 50 are struggling after three months, according to a study from King’s College London.

– Gyms in Merseyside can reopen after a U-turn over their inclusion in the Liverpool City Region’s Tier 3 restrictions.

In the Commons, the fallout continued from the acrimonious dispute between Mr Johnson’s Government and Mr Burnham’s regional administration.

Sir Keir argued that a new approach was needed: “I really think the Prime Minister has crossed a Rubicon here, not just with the miserly way that he’s treated Greater Manchester, but the grubby take-it-or-leave-it way these local deals are being done.

“It’s corrosive to public trust to pit region against region, mayor against mayor, council against council, asking them to trade away their businesses and jobs.”

TV star revealed to be Bush Baby on The Masked Singer