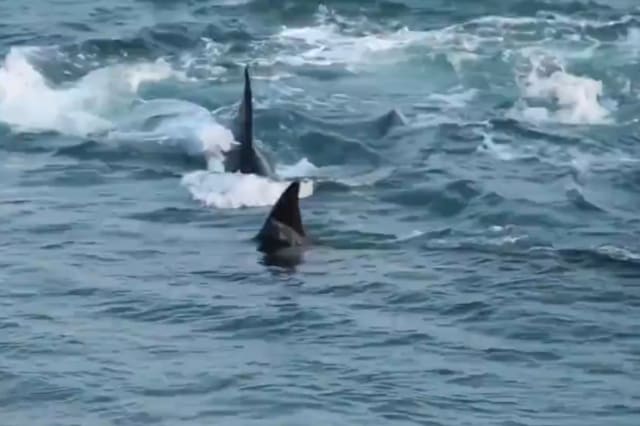 This was the moment a tiny sea lion pup managed to escape a pod of orca whales circling around a beach in Punta Norte, Argentina.

The footage shows several orcas encircling the animal as it attempts to make its way to shore.

Amazingly, the pup eventually makes it onto the beach, escaping the jaws of the predators.