Cat has remarkable reaction to seeing a fish on a laptop 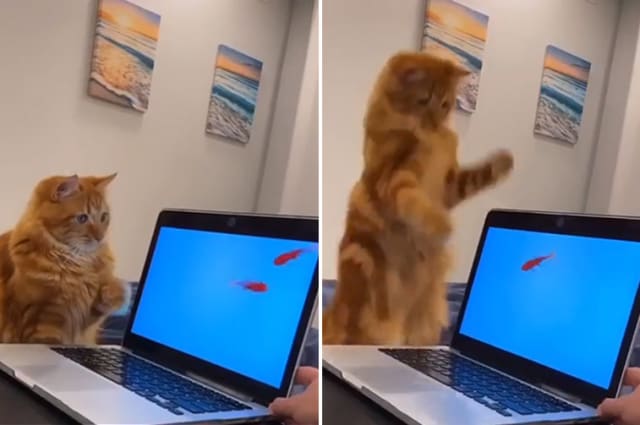 The cat's predatory relationship with fish is well established, but you've probably never seen anything like this.

Presented with a video of a fish on a laptop, this puss launches into a bizarre pirouette, before slamming down hard on the computer.