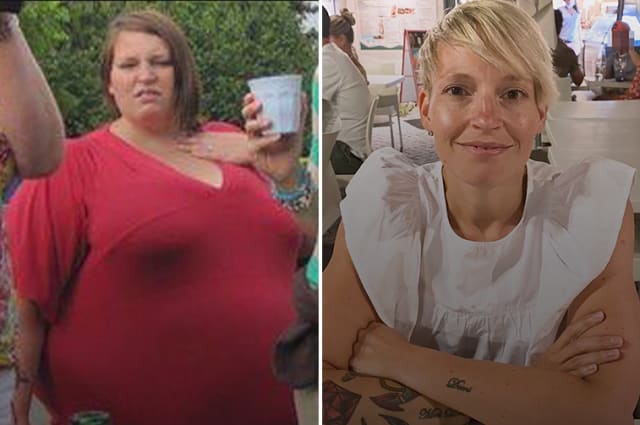 A 27-stone teacher who 'ate for nine' when pregnant - before losing 16 stone and dropping 12 dress sizes - is now crowdfunding for a £10,000 operation to remove excess skin weighing two stone.

Wearing a size 34 at her heaviest, Sue Drummie, 38 of Bromley, Kent, once shed 10 stone after a restaurant manager said she was too fat for her chair - only to pile it all back on again.

It was after she gave up drinking but, instead of losing weight, merely stabilised, that Sue had gastric bypass surgery.

See her transformation in the video above.

Daredevil skydiver leapt from a plane in an inflatable tube

Preserve sliced fruits and vegetables with these silicone food covers