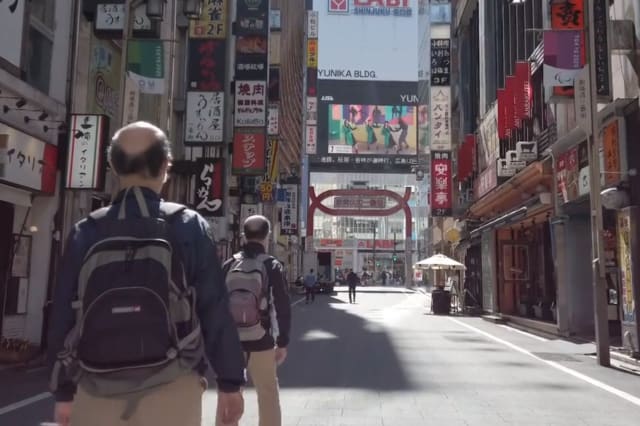 A remarkable video has surfaced in Tokyo, Japan showing an old man appearing to clone himself.

The footage shows an elderly bald man in a dark top and khaki trousers striding down a street in Shinjuku.

As the unidentified pedestrian continues on his way, his doppelganger suddenly emerges just in front of him, as though somehow instantly duplicated.

The two 'clones' both continue down the street apparently unaware just how similar they look.

"I have no idea who these guys are," said the filmer, Kei Oumawatari.

"When I edited my video, I noticed that there were two very similar old men walking together and I happened to have the perfect angle to makes this funny video," he added.

"There is no trick, no computer graphics. It just happened in front of me," he added.

Adorable yellow iguana hitches a ride on top of a turtle

Keep your lenses perfectly clean with this pocket-sized eyeglass cleaner