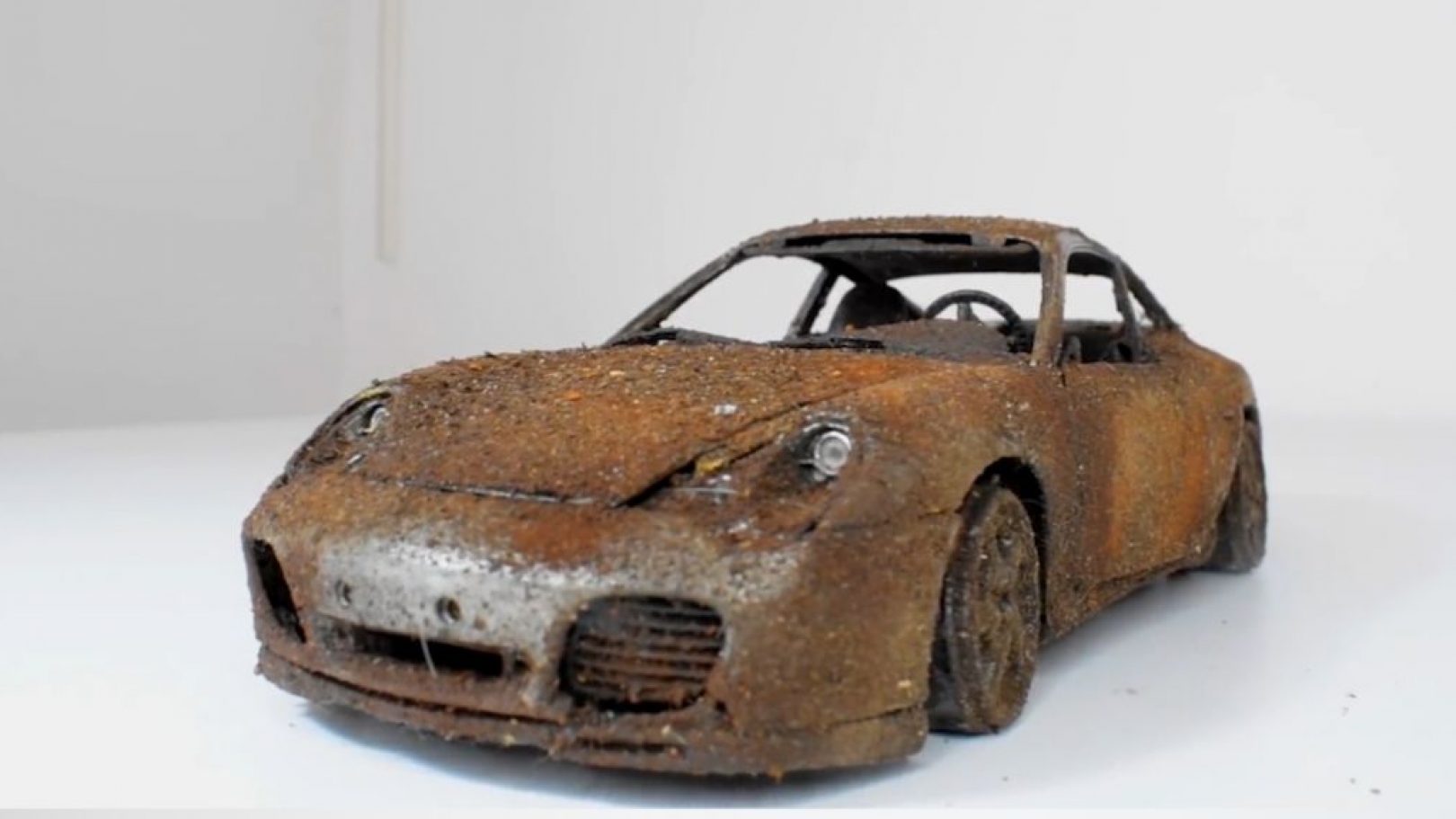 Serhii Viktorov is the crafter behind the YouTube channel, Olly. Viktorov's specialty is restoring old items like a worse for wear axe, vintage clock and an oil lamp from the 1950s. For his latest project, the vlogger restored a rusty toy Porsche 911.

In the video, Viktorov started by dismantling the retro toy into its separate plastic and metal parts. He scrubbed the metal frame clean, then applied a rust remover. The car's body looks nearly immaculate after he revealed its original metallic sheen.

To make it look like new, Viktorov spray-painted the frame yellow. He finished things off by cleaning the plastic parts and spray-painting them silver, black and white. Once dried, he reconnected the pieces and even added his own licence plate and Porsche stickers.

You'd never guess the toy was ever covered in rust.

The Porsche 911 first debuted in 1964 and remains one of the most famous sports cars today. It has since evolved into numerous iterations, thanks to changes in design and technology, but still exists today.

However, it's unclear which version of the car Viktorov's toy is modelled after, it appears to be one of the later models judging from the larger size of the headlights and how they lay flat rather than protruding outward.

But one thing is for sure there's a huge market for old toy cars like these whether it be kids or collectors.

Adele provides update on her album during SNL hosting slot