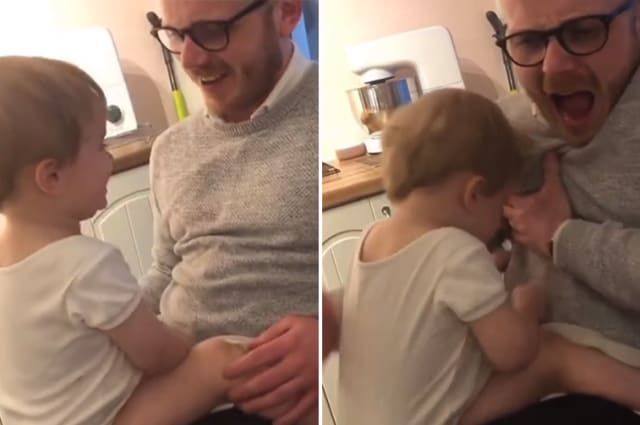 This is the hilarious moment a two-year-old boy accidentally bites his dad while pretending to be a dinosaur.

The clip, filmed at the family's home in Blackpool, shows Oliver and his dad sitting together growling at each other like dinosaurs, before Oliver headbutts him and accidentally bites his dad's chest.

"I got you!" Oliver can be heard saying in the video, as his dad responds to the surprise nibble.

Make-up artist transforms herself into the ‘Corpse Bride’