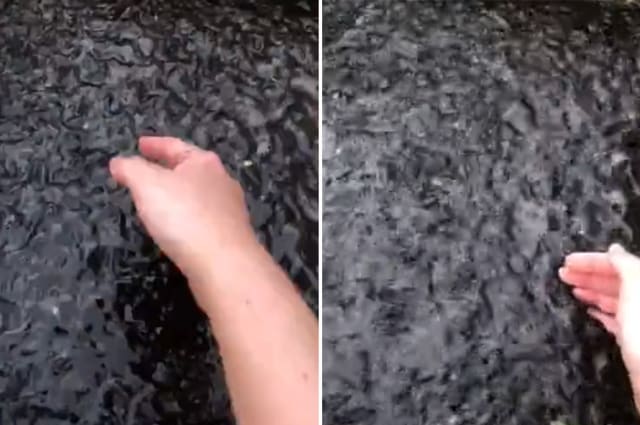 This is the moment a Florida college student inspects a drainage ditch he thinks is moving due to the wind, but instead gets a bizarre surprise.

Filmed by Ezra Wilkes, the vibrating and moving water turned out to be thousands of tadpoles all bundled together in a tight space.

He later told Newsflare: "This was taken at my campus, in the drainage ditch outside my dorm.

"A few of my classmates and I were working on moving the tadpoles to a nearby pond, as clearly there was not enough room for all of them in the drain."

Clare Balding says she has lost 90 percent of her hearing