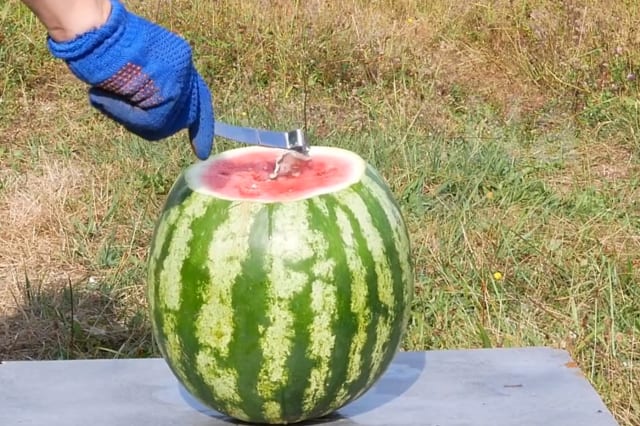 Ukrainian YouTuber, OddlyTube, fills a watermelon with sodium in this messy science experiment from L'viv, Ukraine.

The chemical reaction occurs when the highly reactive Sodium (Na) is mixed with water.

This is how you make a DIY popcorn machine