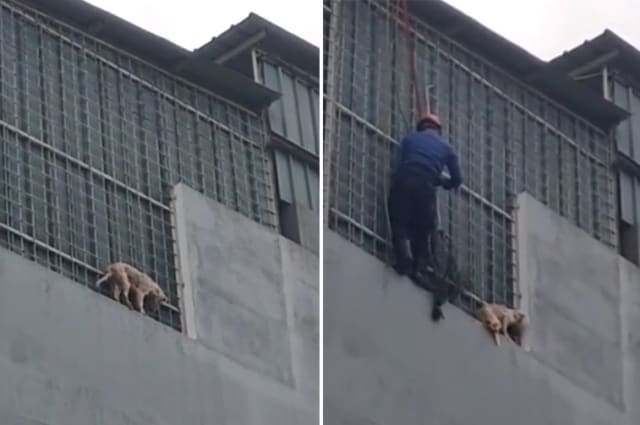 Firefighters in Jakarta, Indonesia were called out to an unusual emergency - a dog stranded on a narrow ledge on the fourth floor of a residential building.

Footage of the rescue shows a firefighter being lowered down from the top of the building, and then using a net to remove the puppy from the dangerous ledge.

The rescue operation lasted for an hour and the dog was eventually returned to its owner.