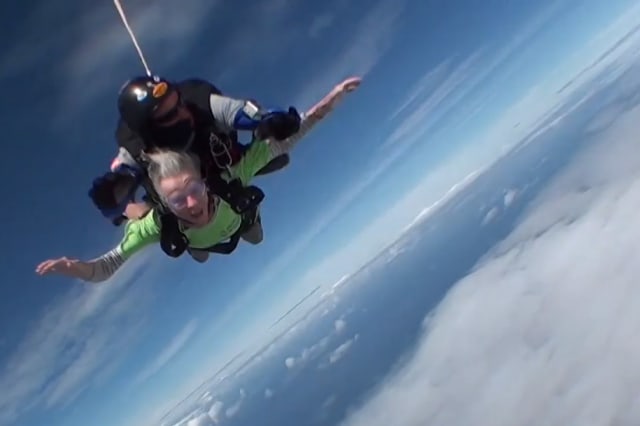 A fearless octogenarian celebrated turning 80 by skydiving at 10,000ft – just months after an earlier attempt resulted in her making an emergency jump following a mayday call.

Known for marking landmark birthdays with big adventures, widow Ann Maskell travelled solo to Australia and took a hot air balloon ride on her 55th, went to Cuba on her 75th and was determined that her 80th in November 2019 would be unforgettable.

But the retired restaurateur, of Bude, north Cornwall, had not bargained for quite the degree of excitement in store when she set off from nearby Perranporth – only for the plane, a Cessna 206 – to start losing power at 4,000ft.

She said: "I heard the pilot shouting, 'Mayday, mayday,' then my instructor tapped me on the shoulder and explained that the plane was losing power and to conserve fuel, so it could be safely landed, we would need to evacuate.

"It all happened so quickly that there wasn't much time to think about what was going on. I didn't feel frightened or worried, I was just excited!"

Geekey combines all of your handy tools into one simple key

How to make a ping-pong table for one person