Which coronavirus restrictions have been imposed or eased, and where? 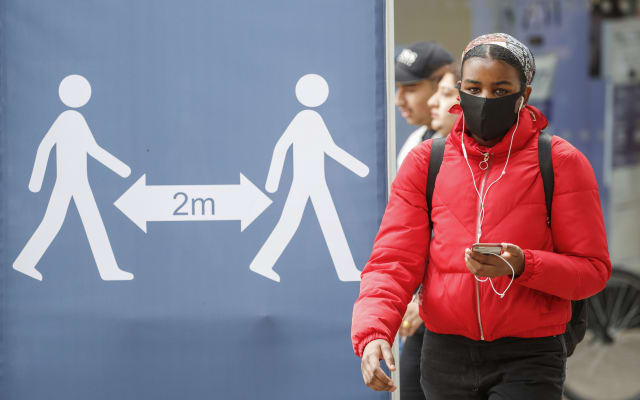 Tough new Covid-19 lockdown measures banning people from mixing in homes and gardens will be imposed on Birmingham, Solihull and Sandwell, in response to rocketing infection rates.

The Government also announced the easing of restrictions in Leicester and a number of areas being taken off the watchlist.

But which areas are facing new restrictions and where are they being eased?

– What new restrictions have been imposed?

The Department of Health and Social Care (DHSC) announced on Friday that Birmingham, Sandwell and Solihull were being made areas of national intervention due to rising infections.

From Tuesday residents in Birmingham, Solihull and Sandwell must not meet with people from outside their households or support bubble, it added.

– Why have the new measures been introduced?

Birmingham, Solihull and Sandwell have seen a large increase in their rate of new Covid-19 infections.

– Which areas have been added to the watchlist?

Leeds avoided further lockdown restrictions, after the Government responded to a rise in Covid-19 rates with enhanced support.

Many people in the city had expected the local authority, the second largest in the UK, to be placed in measures similar to those imposed on Birmingham.

Instead, Leeds will move from the Government’s watchlist to being classed as an area of enhanced support.

South Tyneside, Sunderland, Gateshead, and Newcastle upon Tyne were also added to the watchlist as areas of enhanced support

Merseyside, Hartlepool, Sheffield and Hertsmere have also been added as areas of concern, the DHSC said.

– Where have restrictions been eased?

Socially-distanced indoor performances will be able to resume and restrictions on certain close contact services – such as eyebrow threading or make-up application – will be lifted, it added.

But the ban on inter-household gatherings in private homes and gardens will remain in place.

– Which areas have been taken off the watchlist?

Kettering, Oadby and Wigston in Leicestershire, and Luton have been removed from the watchlist.

– What restrictions remain in place?

The DHSC said that designated areas in Bradford, Kirklees, Calderdale, Blackburn with Darwen, Pendle and Greater Manchester where restrictions are already in place remain as areas of national intervention.

The ban on indoor household mixing will also continue in parts of Calderdale, the department said.

A ban on households mixing indoors will continue in City of Manchester, Salford, Rochdale, Trafford, Oldham, Bury, Bolton and Tameside, and in Oldham residents will continue to to be advised to avoid mixing with anyone from another household anywhere.

Stockport will remain an area of enhanced support and Middlesbrough, Corby and Peterborough remain on the watchlist as an area of concern.

– What is happening in Bolton?

New measures were announced earlier this week restricting restaurants, cafes, bars and pubs to takeaway only, and all hospitality venues will be required to close between 10pm and 5am in Bolton.

Sons of Bobby Ball pay tribute to ‘legend’ father: We can never fill his shoes