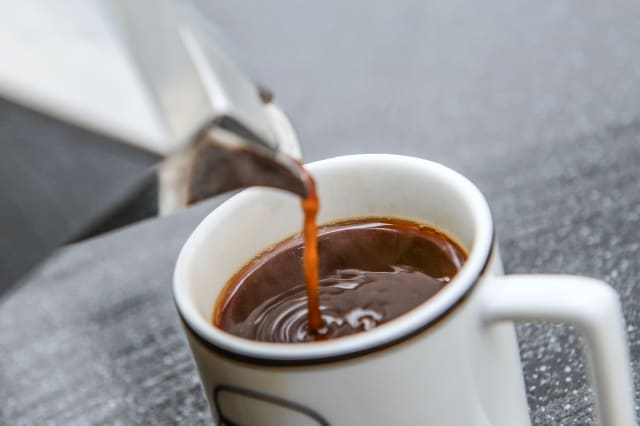 A cancer charity is urging people to take part in its coffee morning in a different way this year as it faces a huge income drop.

Macmillan Cancer Support’s coffee morning, one of the UK’s longest-running fundraising events, is usually held at cafes, shops, schools, offices and hospitals every September, with an average of 200,000 people registering to take part.

But this year, in response to the coronavirus pandemic, Macmillan has changed the format for the first time in 30 years and is encouraging people to take part differently.

The charity suggests hosting a socially-distanced coffee morning safely from your doorstep, or taking on a challenge such as doing a sponsored run, walk or cycle.

People could also set up a virtual coffee morning or make a donation online.

Last year, the coffee morning raised £27.5 million for the cancer support charity and early estimations show it is currently on track to raise less than a third (29%) of that this year – the lowest amount in 11 years.

Sign-ups are also expected to be down by more than two-thirds (68%) as Macmillan says there are concerns the event later this month may be at risk due to assumptions that people cannot take part this year.

The national cancer charity, which relies on donations for 98% of its income, said it is “facing the hardest year in its 109-year existence” as it juggles the delivery of its critical support for people with cancer and an estimated shortfall of a third of its fundraised income.

This is largely due to the charity’s other fundraising events being mostly cancelled or postponed, including the London Marathon.

Macmillan said a loss of £20 million represents about 9% of its total fundraised income for 2019 and could pay for the cost of more than 350 Macmillan specialist cancer nurses in England for a full year.

The charity said many of its free support services – largely possible due to income from events like the coffee morning – were inundated at the peak of the pandemic as many people living with cancer saw their treatments changed, postponed or even cancelled due to coronavirus.

The charity is already preparing its support services for a predicted influx of demand later this year as the consequences of the pandemic continue to be felt by people with cancer.

Claire Rowney, executive director of fundraising, marketing and communications at Macmillan Cancer Support, said: “Macmillan relies on donations to provide care and support for 1.9 million people affected by cancer every year – and sadly this support could be at risk without income from events like Coffee Morning. People with cancer need us more than ever.

“There has never been a more terrifying time in recent history to receive a diagnosis as people face potential disruption or delays to treatment, amid an increased risk of infection to the coronavirus.

“Coffee Morning has thrived for 30 years thanks to the enormous generosity of our supporters – and we need to act now to ensure it can continue to raise vital funds for people living with cancer for years to come.”

The official date for the coffee morning is Friday September 25 but the charity said people can do it whenever they like.

The website says: “Small or big, tea or coffee, socially distanced or virtual – Coffee Morning is what you make it.”