Solo penguin watches Pingu on iPad to stave off loneliness 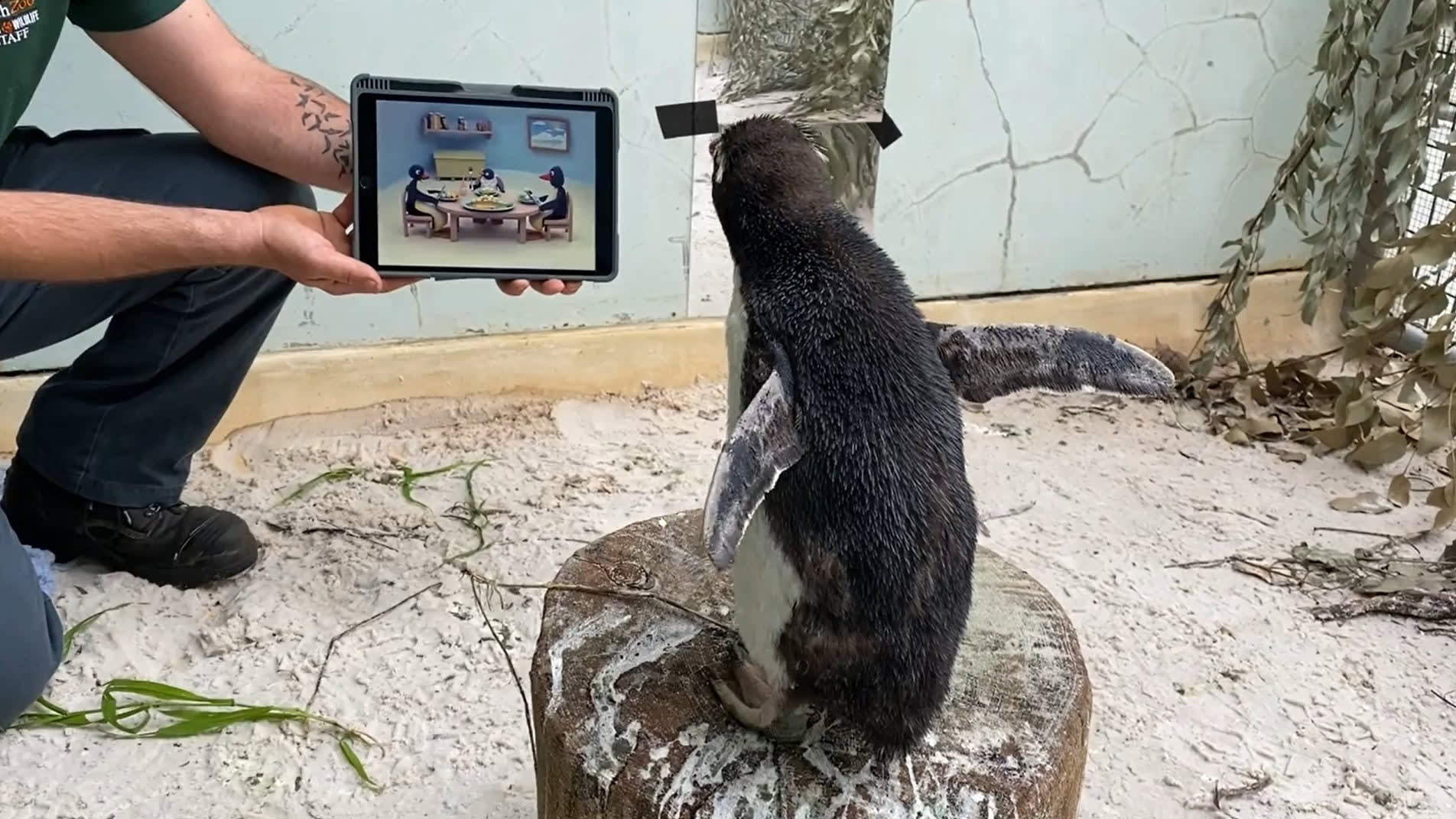 A lonely penguin is being shown livestreams of other penguins and episodes of Pingu as he rehabilitates on his own.

Pierre, an endangered northern rockhopper penguin, washed up on the south-west coast of Australia, having swum from the Indian or south Atlantic Ocean, and has been taken in by Perth Zoo to rehabilitate.

According to Perth Zoo, Pierre is the only northern rockhopper penguin being cared for in the country so he is getting extra attention and enrichment from keepers and vets – including some time with an iPad.

Perth Zoo veterinarian Peter Ricci said: "Pierre is by himself in the vet department and does get a little bit lonely at times, and to help make his life a bit more enriching we've decided to get other rockhoppers online for him to watch."

Pierre is being shown penguin documentaries on the tablet as well as livestreams of rockhopper penguins at other zoos, including Edinburgh and Kansas City.

Mr Ricci said: "Pierre's been enjoying watching them and seeing them in their little habitats at their zoo."

Pierre is also being shown episodes of the children's TV show Pingu.

Pierre, thought to be less than a year old, has suffered feather moulting problems so is not waterproof and therefore cannot be released back into the wild.

Staff are currently searching for another zoo with a rockhopper penguin colony where they might be able to send Pierre to continue his rehabilitation.

Northern rockhopper penguins are classed as endangered, with fewer than 240,300 breeding pairs thought to be left in the wild.