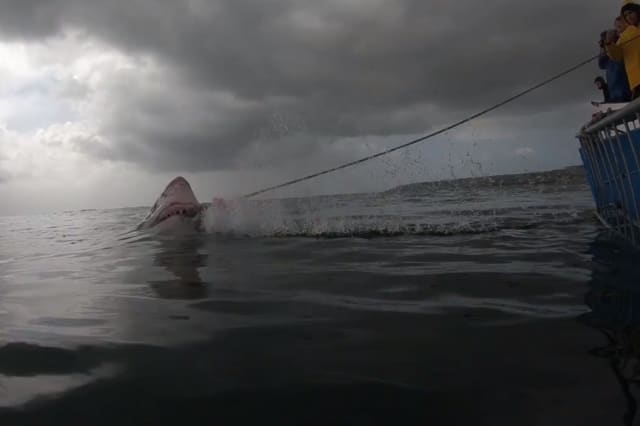 Stunning footage captures the moment a great white shark breaches right beside a boat as it attempts to grab some tuna on the end of a fishing line.

The video, filmed on August 22, shows the 11-foot shark leap out of the water near South Africa's Mossel Bay.