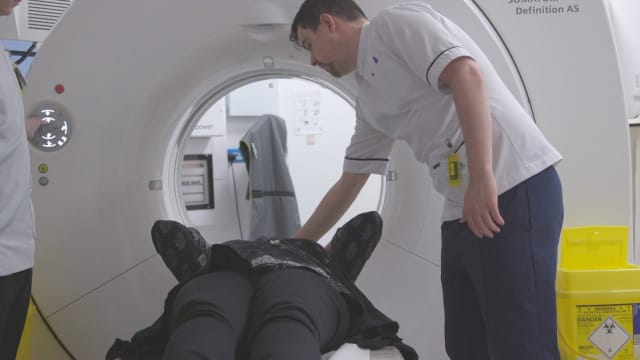 New tests have reduced the number of late stage diagnoses of lung cancer, a study has found.

A trial by the Early detection of Cancer of the Lung Scotland (ECLS) found a combination of blood tests and CT scan resulted in a 36% reduction in late stage diagnoses.

Lung cancer affects more than 5,000 people every year in Scotland.

Around 4,000 people die from the disease annually, usually due to the diagnosis being made too late for any curative treatment.

Frank Sullivan, professor of primary care medicine at the University of St Andrews, was the chief investigator for the ECLS trial.

He said: “I hope that the results of this trial will have globally significant implications for the early detection of lung cancer by showing how a simple blood test, followed by CT scans, is able to increase the number of patients diagnosed at an earlier stage of the disease, when surgery is still possible and prospects for survival much higher.”

The two-year trial involved more than 12,000 patients and compared the use of the scan and blood test to a control group.

The results indicated a lower death rate in people in the intervention group compared to the control group after two years.

Lung cancer-specific deaths were also lower in the intervention group.

Further follow-up analyses will be carried out after five and 10 years.

The ECLS research is thought to be the largest randomised controlled trial for the detection of lung cancer using blood based bio-markers, with 12,208 patients taking part.

It was supported by the University of Dundee, NHS Tayside and co-funded by Oncimmune – the company that developed the new blood test – the Scottish Chief Scientist Office and the Scottish Government.

Sealegs is an boat on wheels that can launch itself