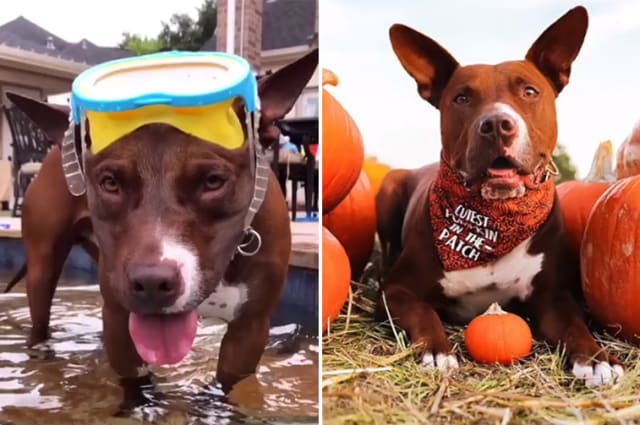 A pittie mix who was rescued from a Humane Society shelter in College Station, Texas in 2018 has risen to Instagram fame.

The dog's name is Baloo, and he's an 80-pound Red Heller and American Staffordshire Terrier mix.

According to his owner, that combo is where he gets his adorably huge ears and gorgeous red coat.