'Packed like sardines': Heathrow passengers told to stop turning up too early for flights

Bosses at Heathrow Airport are urging passengers not to arrive hours too early for their flights amid concerns of congestion in the airport.

Passengers shared pictures of scenes at the London airport, with some describing crowds as packed "like sardines".

The situation is thought to be due partly to passengers arriving far too early for their flights as people endeavour to travel abroad following the easing of quarantine restrictions. Some have reportedly arrived up to eight hours before take-off. 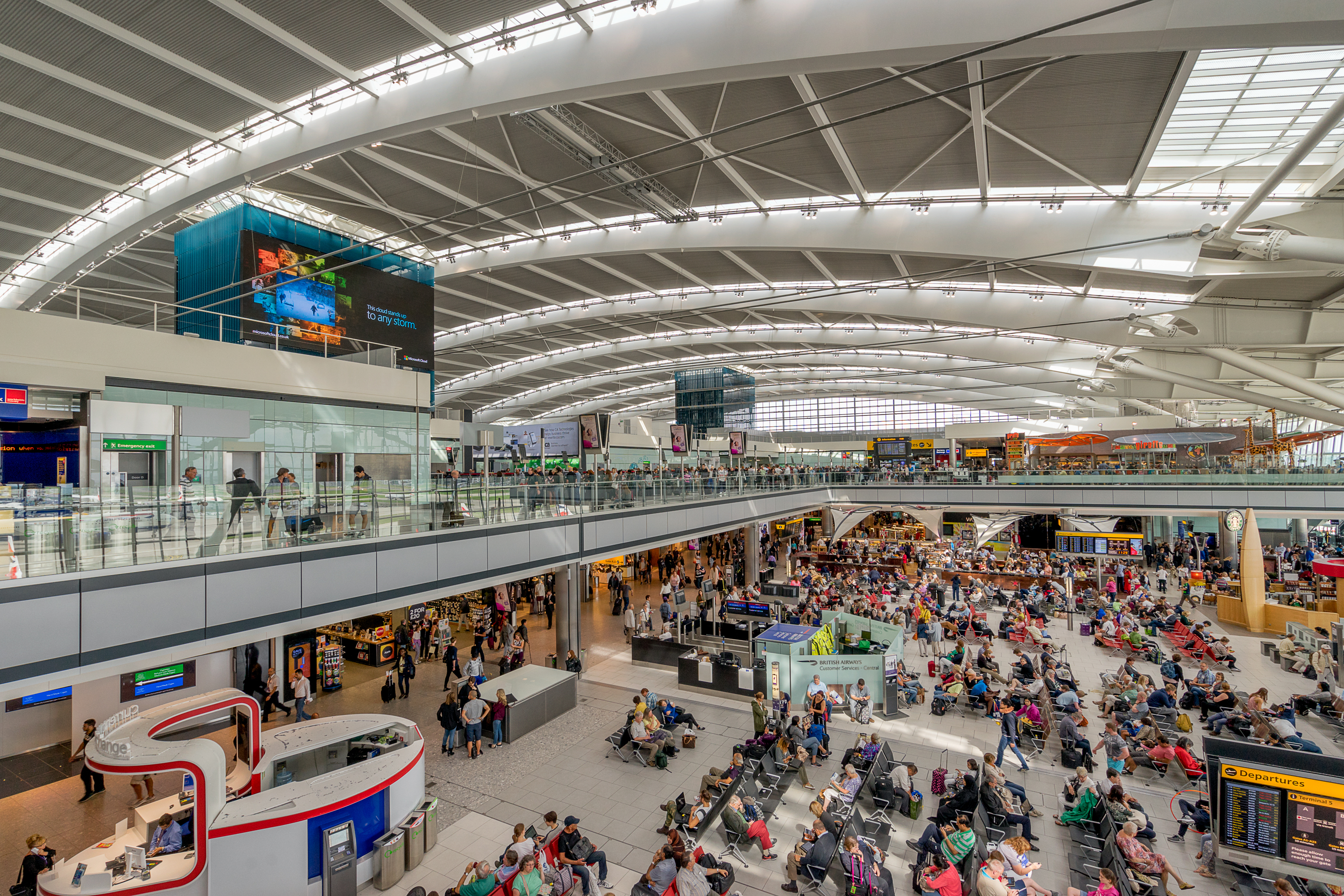 Heathrow has now urged people to arrive no earlier than two hours before a short-haul flight and three hours for long-haul journeys.

Three weeks on the road seeing all the brilliant efforts #F1 did to stay safe. Then arrive home to this. @HeathrowAirport looks like it has made zero effort for social distancing. What a disgrace. pic.twitter.com/UBSQcmxdMQ

A spokesperson said: "We are aware that some passengers are arriving several hours in advance of their flights which is not necessary and is causing some congestion issues.

"To prevent this, passengers are advised to arrive no earlier than 2 hours before a short-haul flight and 3 hours for long-haul journeys.

"Our teams are on hand to support where possible, but we recognise that there are points in the journey where social distancing is not always possible. That is why face coverings are mandatory in terminals, as they help to reduce the risk of transmission at the airport."

Some passengers shared their concerns on social media, complaining of large crowds and people "packed like sardines'.

At @HeathrowAirport now. Plenty of capacity in the passport queue. Could have used every other row. But no, packed like sardines. This is why Britain can't be trusted to use "common sense" against Covid-19. pic.twitter.com/oyhDm0bmdH

Sports journalist Jon Noble, who shared images of the scenes on Twitter, told the Evening Standard: "It was a pretty shocking lack of effort from Heathrow in sorting out their queueing system. Looks like [Heathrow] has made zero effort for social distancing. What a disgrace."

This is Heathrow Terminal 5 this morning. Looks like Mr Walsh underestimated the return of the traveling public. They made need some cabin crew to operate the flights offering exceptional service and unrivaled safety, as we have been doing for years....... #NationalDisgracepic.twitter.com/wmcXkXf3fl

Heathrow isn't the only airport to suffer long queues, with passengers at Manchester and Gatwick also describing similar scenes.

Face coverings are compulsory in airport terminal buildings and measures including extra cleaning have been put in place, but bosses have previously warned that social distancing is virtually impossible in airports.

Heathrow chief executive John Holland-Kaye said in May that enforcing full social distancing "won't work" because of the lack of space in terminal buildings.

Michael Spicer: Political incompetence gave me my career ‘with a bow on top’