Covid: Why has the publication daily death data been paused? 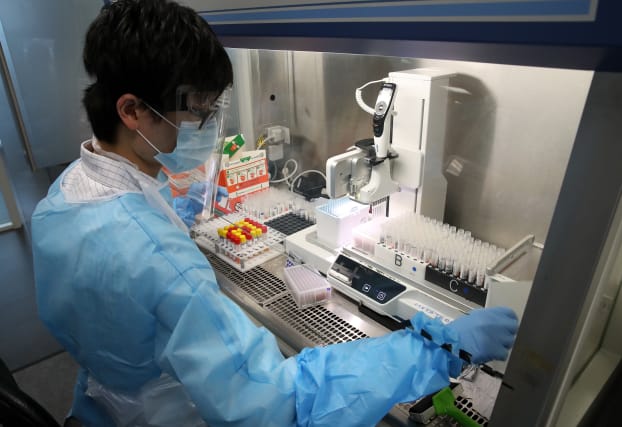 The Government on Friday said it was pausing publication of the number of daily Covid-19 deaths while an urgent review into how Public Health England (PHE) calculates the figures is carried out.

But NHS England reported on Saturday that a further 13 people who tested positive for coronavirus have died in hospital in England, bringing the total number of confirmed deaths in hospitals to 29,173.

So why has the Government paused some data while the NHS is publishing its figures?

– What data has been paused?

The daily Department of Health and Social Care Covid-19 death figures represents the number of reported deaths in England in all settings of people who have tested positive for Covid-19.

The data is produced by PHE and taken from three different sources – NHS England hospital deaths, PHE health protection teams which are mainly not in hospital, and linked data on all laboratory-confirmed cases against checked against deaths on the NHS central register, the DHSC says.

The data from these are then linked against people who have had a confirmed diagnosis of coroanvirus by a PHE or NHS laboratory to identify confirmed cases that have died.

The records are then checked and merged into a single database so there is no double counting, the department said.

– Why has the publication been paused?

It came after researchers criticised “statistical flaws” in the way the deaths are reported across England, saying they are left looking far worse than any other part of the UK.

They said that under the current definition, no patient with Covid was allowed to recover from the virus because “anyone who has tested Covid positive but subsequently died at a later date of any cause will be included” in the data.

According to a note on the Government’s website, the review means it is “pausing” the publication of the daily death figure “while this is resolved”.

– What is NHS England publishing?

NHS England publishes the number of patients who have died in hospitals in England and had either tested positive for Covid-19 or where Covid-19 was mentioned on the death certificate.

This is done through the Covid-19 patient notification system (CPNS) where the hospitals record deaths linked to Covid-19 and has to be submitted within 28 days.

– Why is the NHS still publishing data and the Government not?

The NHS and Government are publishing different figures produced in different ways.

While the Government’s data is gathered from multiple sources and does not account for time between Covid testing and death, the NHS figures are taken directly from hospitals after treating patients whose deaths are linked to coronavirus.