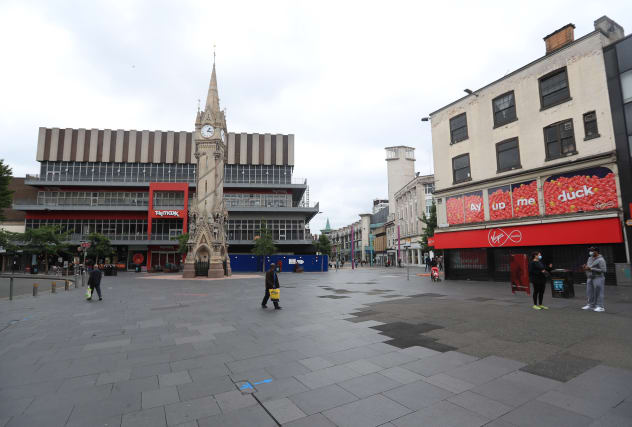 Leicester’s mayor has urged the Government to lift its local lockdown in 90% of the city – and warned that a further two-week extension would leave residents “very angry indeed”.

Speaking ahead of a Government meeting involving Health Secretary Matt Hancock to decide whether the city’s lockdown will continue, mayor Sir Peter Soulsby claimed the local coronavirus outbreak was being dramatically driven down.

In an interview with BBC Radio Leicester, Sir Peter said the Government had got local people into a “messy situation” by its handling of the restrictions.

Asked what his reaction would be if the Government announced a further two-week lockdown, the city’s mayor said: “I think if we are told that, there are going to be an awful lot of Leicester people who are very angry indeed.

“It was quite clear that it was a political decision taken without the advice of Public Health England (PHE) to take us into this lockdown in the first place.

He added: “If only we’d had this information in advance, we’d have been able to do what they’re now doing in Blackburn, which is actually working closely with the communities and avoiding having to be locked down.

“I very much regret the fact that the Government didn’t trust us with this data earlier but I think now we’ve got it, we are the ones well-placed here in the city to make sure that we use it effectively.”

Asked what he hoped Mr Hancock would announce, Sir Peter went on: “I hope he’ll recognise that as a result of what we are already doing here in the city, we are dramatically driving down the transmission of the virus.

“Now that we do know where we need to be focusing our attention, I hope that he will allow us and trust us at a local level to work with the people of the city – and to recognise that the other 90% of the city that has been locked down, along with the area that is of concern, should be allowed to go free with the rest of the country.”

Using an interview with Sky News to criticise what he described as the Government’s “blanket political-led” lockdown of the city, Sir Peter added: “Frankly we have not been involved in any of the decision-making about this.

Mr Hancock has said that information covering the period since the local measures were introduced will be looked at, followed by a public announcement “as soon as is reasonably possible”.

Asked about when the Leicester lockdown would end, Mr Hancock told ITV’s Peston programme on Wednesday evening: “The formal decision will be taken over the next 24 hours.

This concept plane gives you panoramic views without a single window

California hikers airlifted after being chased by angry cow