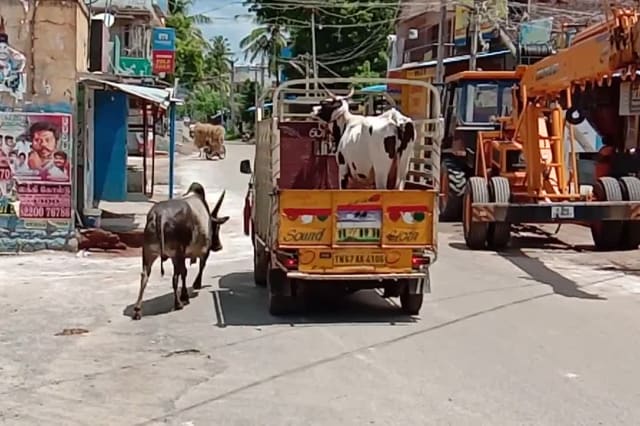 The heartwarming moment a bull ran after a truck carrying its friend has been captured in India.

The scene took place in the Palamedu area of ​​Madurai, where the bull ran after the cow, which had just been sold, for nearly a kilometre.

After chasing and stopping the lorry, the bull circled the truck, sticking its head in to try and get one last glimpse.

It's since been revealed that the bull and the cow grew up together.

After seeing the video, the son of a local official took immediate action and ordered a reversal of the sale so that the two could be reunited.