This is the moment a couple claim their baby daughter sleeping in her crib was tormented - by a ghost!.

But they noticed the baby monitor kept cutting out - and when they went up to check on her the room was icy cold, despite the heating being on.

When they looked at the camera they saw a white mass moving around the room, coming close to the edge of the crib - apparently causing Savannah to stir.

And when Robbie went up to check again he claims the door slammed behind him.

The family from Norwich said their dog now refuses to go into the room, but they believe the spirit will not harm them. 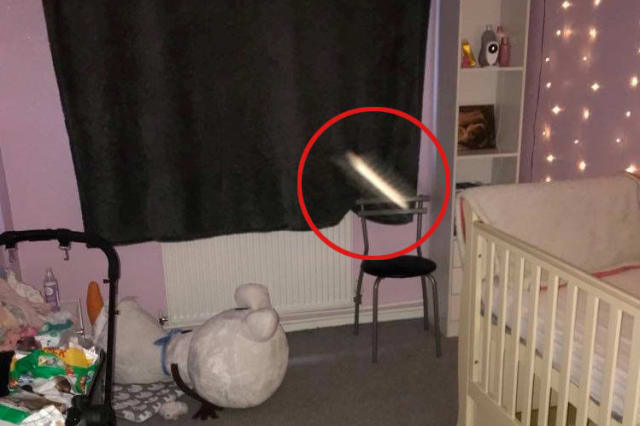 Shannon said: "Before this, I didn't personally believe in ghosts, but now it's happened to me, I believe it.

"We were scared at first, but now we don't think it intends to harm us, otherwise it would have done so already.

"My mum thinks it was a spirit sent to look over Savannah."

The couple moved into the top-floor flat in October, and recording was made on July 4 after they put her to bed at 8pm.

Two hours later, they noticed that the IPC 360 app they use to monitor their daughter had suddenly become unresponsive.

They were unable to access the live video again until midnight, but the couple can be seen frequently physically checking on Savannah.

Shannon headed to bed at 11pm but when the app's live video finally flickered back to life an hour later, ex-kitchen assistant Robbie was disturbed by what he saw. 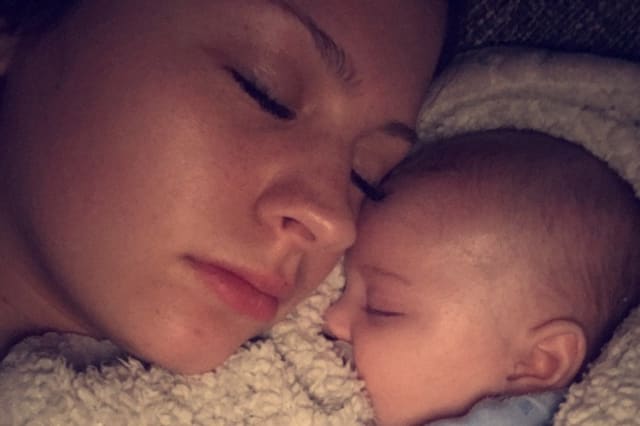 As Savannah sleeps in her cot in the background, a flickering white presence close to the camera lens can be seen moving across the screen.

Immediately going to check on his daughter, Robbie found nothing to explain this activity.

However, he said typically deep-sleeper Savannah seemed "quite disturbed".

Shannon said: "Savannah hardly ever wakes up in the night. She normally sleeps from 8pm to 6am, only waking up for a bottle.

"Robbie immediately woke me up saying he was really scared and didn't know what to do."

The couple removed Savannah from the room, but have put her back in there now.

"Initially we thought nothing of it, but now we are suspicious."

The following day, Shannon's mum Sarah Roberts, 37, visited the flat and took flash-photographs of the bedroom.

What appears to be a silvery orb is seen in the first photo, but disappears from the second photograph.