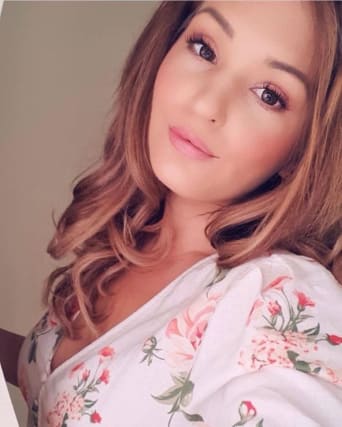 A petition calling for urgent action to prevent thousands of cancer deaths due to treatment delays during the Covid-19 crisis has topped 100,000 signatures within hours of being launched.

It was created by Craig and Mandy Russell just weeks after their daughter Kelly Smith, 31, who had bowel cancer, died during lockdown.

They are “terrified” by estimates from medical experts who fear that in a worst-case scenario there will be 35,000 excess cancer deaths in the UK in the next year.

The Change.org petition, which had gathered more than 130,000 signatures by Sunday afternoon, is part of the family’s campaign called Catch Up With Cancer, which they have launched with the group Radiotherapy4Life.

The Russells say her life was “tragically and dramatically” cut short after delays to her cancer treatment.

Mr Russell told PA news agency: “We know from our own personal experience how unbelievably painful it is to lose somebody, especially a younger person and to cancer.

“The awful thing about cancer is that you get to see somebody effectively dying. Every single day towards the end of their lives, they change.

“The prospect of 35,000 people, their families and their friends having to go through that is just a terrifying thing.”

Ms Smith was diagnosed with stage four bowel cancer in April 2017 but was “fuming” angry when chemotherapy was stopped in March during the pandemic.

Mr Russell said: “She was responding very well to the chemotherapy but they thought it would be an appropriate point to take a break because of the risk of potentially catching Covid-19 as well.

“They stopped the chemotherapy at that point halfway through the cycle and within a matter of just weeks the cancer started to accelerate quite radically.”

He added: “She was quite angry about it because she thought it is the chemotherapy that is keeping me alive.

“She knew it wasn’t going to last forever but having that finality from a treatment point of view  left her very angry and very scared – and the family felt the same as well.”

Professor Pat Price, chairman of Action Radiotherapy and founder of the Radiotherapy4Life campaign, said: “We have to get cancer services up and running much quicker than the end of the year and boost radiotherapy services to play a vital role in catching up with cancer.”

The petition states:  “The Government and senior NHS leaders need to react to this national tragedy in cancer services.

“Sadly it is too late for Kelly, but there’s still time to save others.

“We need an emergency response across all available cancer treatments with extra resources and with the same amount of energy and focus as was deployed against the virus itself.

“In particular, treatments like radiotherapy need to be boosted and set free from the bureaucracy that is holding it back.”

It follows publication of a study by DATA-CAN, the Health Care Research Hub (HDR UK) for Cancer, which says up to two million routine breast, bowel and cervical cancer screenings may have been missed throughout the Covid-19 crisis.

Researchers examined data from eight hospital trusts in modelling outcomes depending upon how long the delays continue.

Sharing the results with BBC Panorama earlier this month, researchers warned a worst-case scenario could see 35,000 more people dying of cancer by this time next year.

A Department of Health and Social Care spokesman said: “Throughout this unprecedented pandemic the NHS has continued to treat cancer patients as a priority, with urgent and essential tests and treatments going ahead in a safe way for thousands of patients.

“We are supporting the NHS to begin safely restoring urgent and non-urgent services and have committed to providing the funding the NHS needs to respond to the coronavirus outbreak.