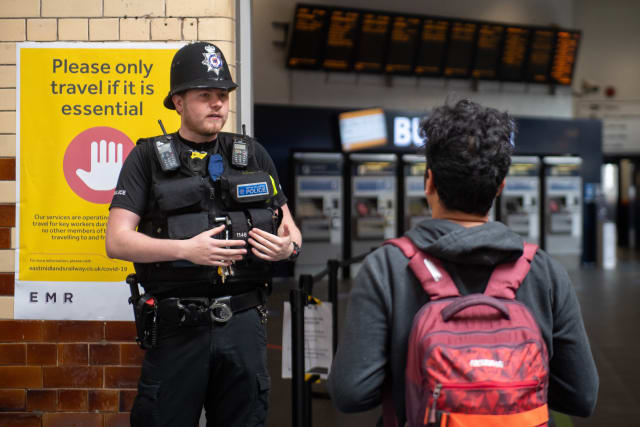 Not a single person has been fined by police in England and Wales for breaching quarantine rules after arriving from abroad, new figures show.

Just 10 tickets were handed out to passengers for not wearing face coverings on public transport, according to the data released by the National Police Chiefs’ Council on Friday.

The figures come as quarantine rules for people returning to or visiting the UK from a list of countries, including popular holiday destinations, were relaxed from Friday.

The 14-day self-isolation policy for UK arrivals, bar a handful of exemptions, was introduced on June 8, with breaches punishable of fines of between £100 and £1,000.

The NPCC said: “Up to June 22, no fines were issued by territorial forces in England and Wales for breaches of the requirement to quarantine following international travel.”

The figures do not include fines given by Border Force, who have issued three penalties.

Two British nationals were fined at Coquelles, near Calais, in northern France, on June 28, while a European was issued a penalty in Hull the following day.

Face coverings became mandatory on public transport on June 15 in England and passengers caught not complying with the regulations can be being fined £100 and removed from services.

The NPCC figures show the only force in England and Wales to issue fines was the British Transport Police, who handed out 10 penalties up to June 22.