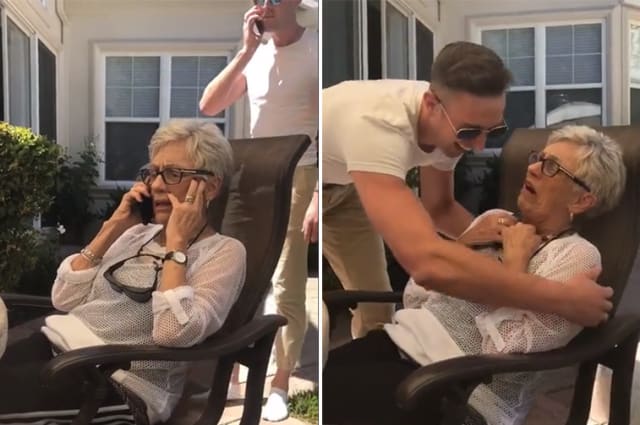 A man in California surprised his grandmother with a secret visit, after not seeing her for seven months.

Colin Grafton, who had been working on a ship for the previous few months, pranked his grandmother at her home in Alamo by pretending to be on the phone with her while actually sneaking up behind and surprising her.

See her reaction in the video above.