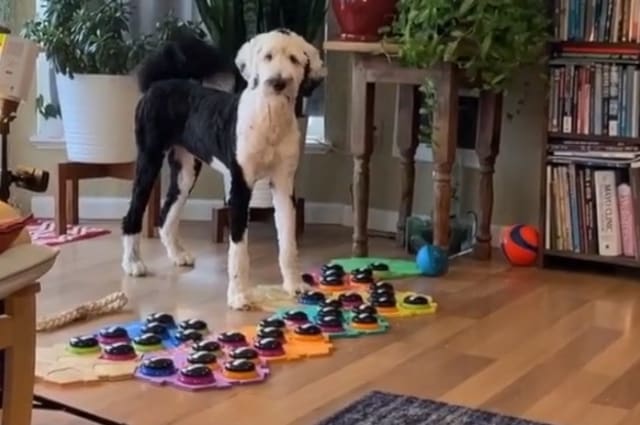 This clever dog can tell her owner how she feels using a series of special communication pads.

Bunny, an 11-month-old sheepadoodle, can shout commands like 'play', 'beach' and 'park', and even talk in sentences.

Her owner, Alexis Devine, is teaching Bunny to speak with augmentative and alternative communication devices, tools that are often used to help people with speech defects communicate.

See how it works in the video above.