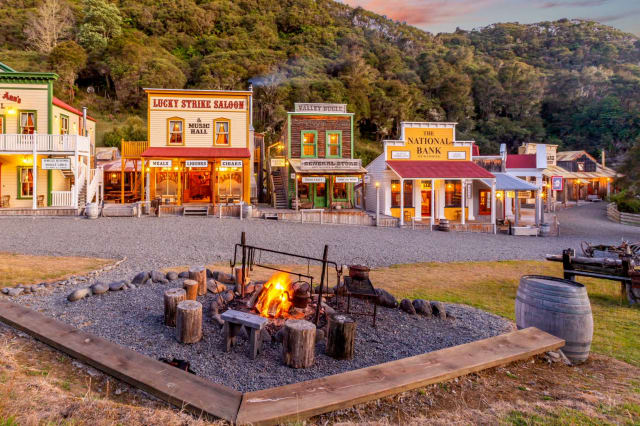 An entire Wild West town is up for sale - in rural New Zealand.

The Mellonsfolly Ranch was built in 2006 'for fun' by a successful New Zealand businessman.

It consists of 10 period-themed buildings that meticulously replicate an 1860s Wyoming frontier town.

Set in the heart of a 900-acre ranch, it features a boutique hotel, a licenced saloon, a courthouse that doubles as a cinema, a sheriff's office and a billiards lounge.

So how much will it set you back? Find out in the video above.