UK should be proud of its history but teach the good and the bad, minister says 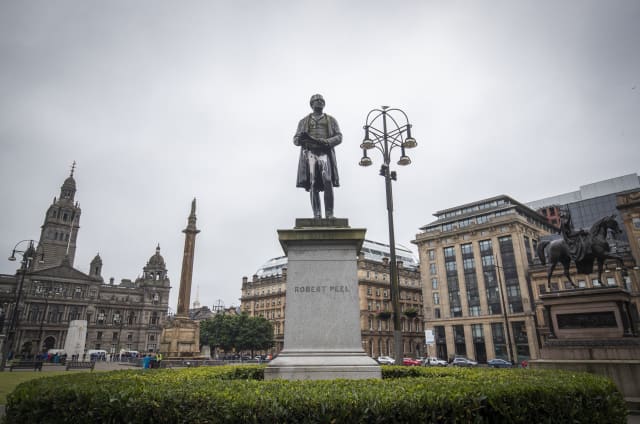 Britain should be proud of its “incredibly rich” history which has changed things for the better across the globe, a minister said.

But Education Secretary Gavin Williamson said that it was vital that children learn both the good and bad aspects of British history.

His comments come after thousands of people have taken to the streets in anti-racism protests across the UK sparked by the death of George Floyd in the US.

The Bank of England and other businesses have also apologised over their connections to the slave trade.

When asked whether Britain’s role in the slave trade should have more focus in the national curriculum Mr Williamson said Britain had changed things for the better around the world.

But he told the daily Downing Street briefing on Friday it was important that children were taught both the good and the bad aspects of British history.

He added: “Our national curriculum covers the issue of the British Empire and the incredibly rich history this nation has.

“And it is absolutely vitally important, incredibly important, that when children are learning about our nation’s history they learn all aspects of it, both the good and the bad.

“But we mustn’t forget that in this nation we have an incredibly rich history and we should be incredibly proud of our history because time and time and time again this country has made a difference and changed things for the better right around the world.

“We should as a nation be proud of that history and teach our children about it.”

Mr Floyd died when a police officer held him down by pressing his knee into his neck for almost nine minutes in Minneapolis on May 25.

Scotland Yard said more than 100 officers have been assaulted since the end of May in demonstrations sparked by the death of Mr Floyd.

The Church of England has called historic links to slavery through clergymen a “source of shame” amid apologies from British organisations over connections to the slave trade.

The Bank of England has also condemned and apologised for “inexcusable” links that former governors and directors had with the slave trade.

It comes after insurance giant Lloyd’s of London and pub chain Greene King said they will devote large sums to projects assisting minorities.

The debate over monuments to controversial British colonial figures has also been reignited, with the statue of slave trader Edward Colston in Bristol being pulled down and thrown into the harbour during a Black Lives Matter (BLM) protest on June 7.

Oriel College’s governing body has announced its wish to remove the statue of 19th century British imperialist Cecil Rhodes and said it was launching an independent inquiry into the key issues surrounding the monument.

It follows a long-running campaign demanding the removal of the statue, which has gained renewed attention in recent weeks.

UCL has also announced that it is renaming lecture theatres and a building named after prominent eugenicists Francis Galton and Karl Pearson.