This woman found a 23-year-old note in her wall 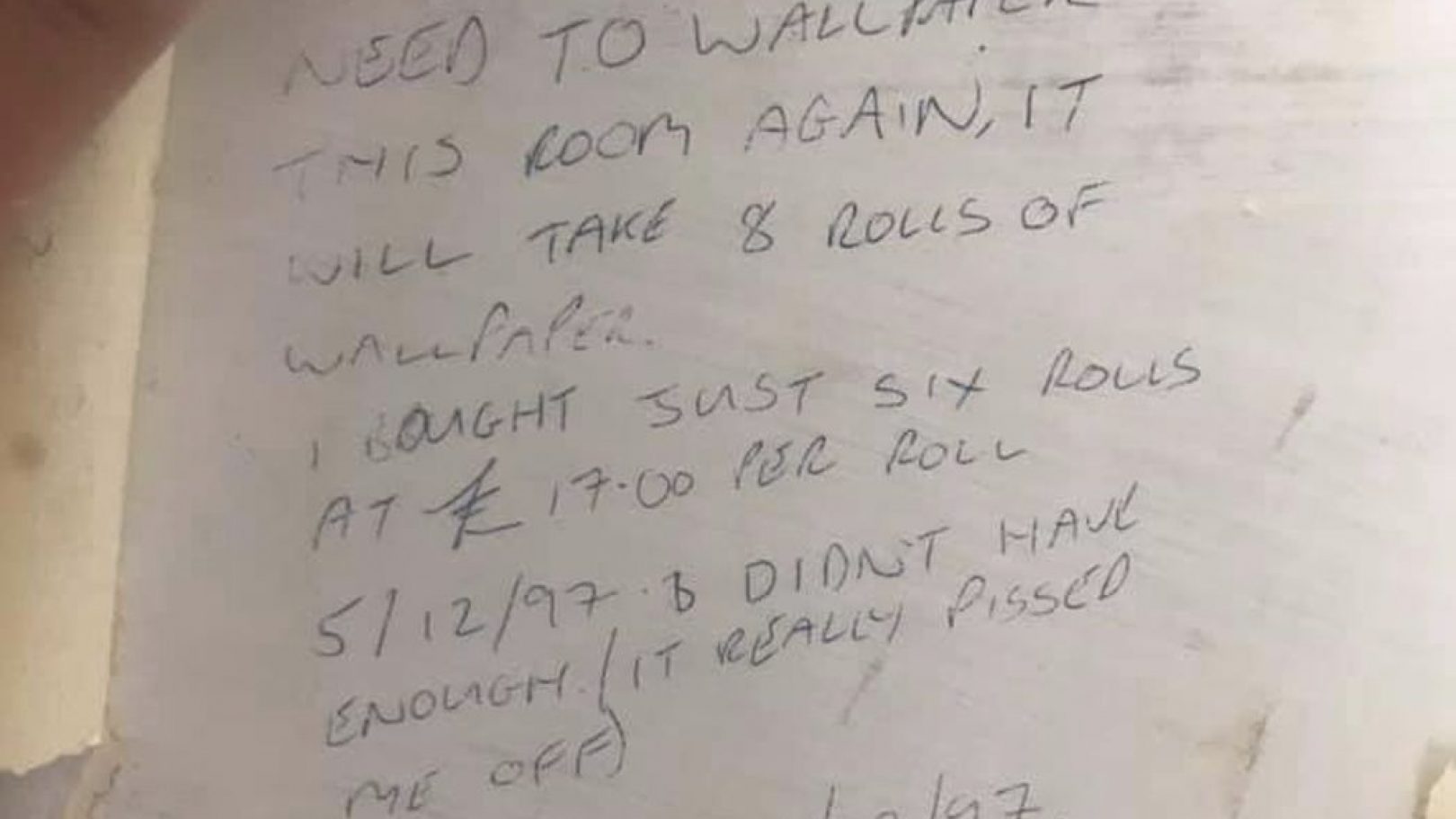 A woman is going viral after sharing the decades-old letter she discovered hidden within her wallpaper.

Charlotte Morrison, who lives in London, posted her strange finding to Facebook on June 8, leading to more than 14,000 shares and a conversation with the note's author.

"So decided to strip all the wallpaper layers finally in the front room," Morrison wrote.

The letter, which is dated December 21, 1997, was apparently written by a man named "Jon," who decided to leave some helpful advice to any potential future occupants of his house.

If you ever need to wallpaper this room again, it will take 8 rolls of wallpaper, the note reads. I bought just six rolls at £17 per roll. I didn't have enough (it really pissed me off)."

Many said it was a classic "dad move."

"My dads done something similar [before]. He found it and forgot he'd done it," one commenter wrote.

"Jon is true gent. Well in Jon, I salute you," another wrote.

The saga didn't stop there either. Thanks to the post going viral, Morrison managed to track down the real Jon.

"A relative of Jon's contacted me! Described our house and correct address," Morrison wrote on Facebook less than a week later.

"Only Jon hates social media, instead of statuses he writes notes. I let Jon's relative know that social media thinks his a legend."

As for the walls, Morrison told Fox News she has no choice but to redo them with Jon's advice in mind.

"We actually have been torn whether to wallpaper or paint," she said.

"I originally wanted to paint, but since finding the note, I would like to test Jon's maths."

-This article first appeared on In The Know