A 13-year-old boy has reeled in a huge tiger shark off the Gulf of Mexico measuring more than 3.5 metres long.

Micah Harless, from Texas, was on a 36-hour boat trip, which ended Monday morning (local time), with his dad Robbie Harless when he made the 382kgs catch in Port Aransas.

It took the teenager more than five hours to reel in the shark, with a little help from his father, according to Dolphin Docks Deep Sea Fishing Facebook.

In a video posted to Facebook, a docking team can be seen weighing and measuring the large shark, with a photo of the father and son team looking pleased with their catch.

Micah and his dad told the Port Aransas South Jetty they plan to save some of the meat and donate the rest. 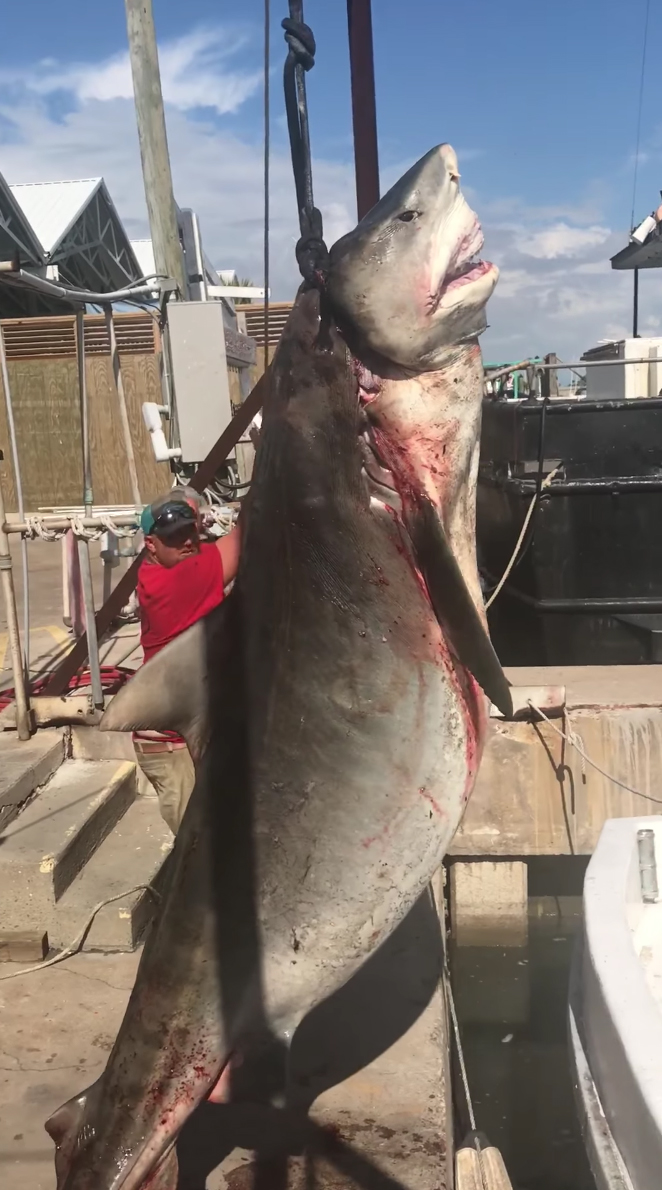 - This article originally appeared on Yahoo.