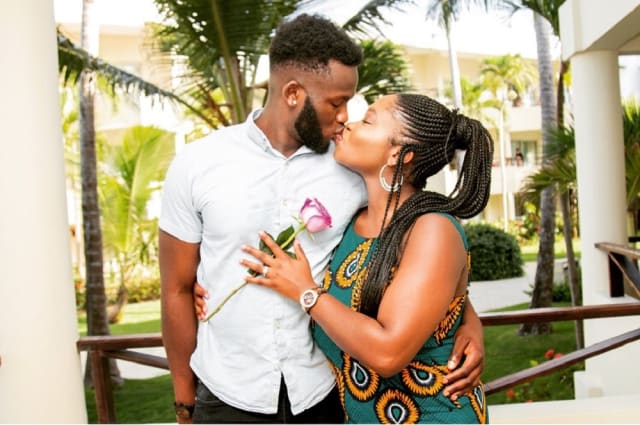 An NHS doctor who lost her mother to Covid-19 has called on the Government to allow small wedding ceremonies.

“In terms of lifting restrictions, it seems the focus is only on the economy,” Dr Olaolorun told the PA news agency.

“Small weddings are not ‘big business’ so it is not a focus for the Government at all, despite the boost that it would provide to the thousands of people affected by postponed weddings.”

Dr Olaolorun, 27, is the daughter of NHS nurse Eyitolami Olaolorun, who died on April 16 after being diagnosed with Covid-19.

Ms Olaolorun, 60, was described as “selfless” and “an exceptional woman” by her other daughter Oyinkansola Honey Iloba, and had worked as a nurse for 40 years.

“Losing my mom has changed the whole landscape of our wedding,” Dr Olaolorun told PA.

“It was supposed to be her day too, she was heavily involved with the planning and was really, really looking forward to having the honour of walking me down the aisle.

“Now that this cannot happen, it’s changed everything but at this moment in time I just really want to be able to get married, as I know that it is what she would want, being the religious woman that she was.

“We can hold a proper celebration later when it’s safe, but I just want to be actually married to my partner, and if people can visit Primark and car showrooms, I do not see why that cannot be.”

She told PA: “Prior to lockdown, we had planned a traditional Nigerian wedding in London for 300 people, which was scheduled for Thursday 18 June.

“Also, we had planned a smaller seaside English wedding in Devon for Sunday 21 June, during which my mother was supposed to walk me down the aisle. At this point, that is clearly not feasible or advisable.

“All we want is to be able to get legally married, even if it’s with two witnesses. People can do so in Northern Ireland, it was part of the Government’s plan for stage two, so it’s infuriating that this is now being ignored.”

Her petition comes as non-essential shops in England, as well as zoos and safari parks, opened on Monday for the first time since March.

Dr Olaolorun said: “Although the peak of the pandemic is over, it is very much still happening. The death toll per day is no longer 800, but 50 to 200 extra deaths each day is still something to worry about.

“These aren’t just numbers, this is up to 200 families a day still losing their loved ones.”

She explained that although she and her fiance did not attend recent Black Lives Matter protests because of her role in paediatrics, she supported the demonstrations due to her own experiences of racism in the UK.

Dr Olaolorun told PA: “People think because there is less overt racism in the UK it doesn’t exist, but it does. I see racial bias in how some patients treat me at work… I saw it in trying to get into medical school… I see racism in being assumed to be a thief and followed around shops like Morrisons as recently as last year.

“I understand why even in a global pandemic, black people feel the need to protest racism in the UK because racism itself is also a pandemic we have had to live with for far too long.”

Sir Ringo Starr’s life in pictures as he turns 80