Man uncovers a series of creepy hidden rooms inside his house 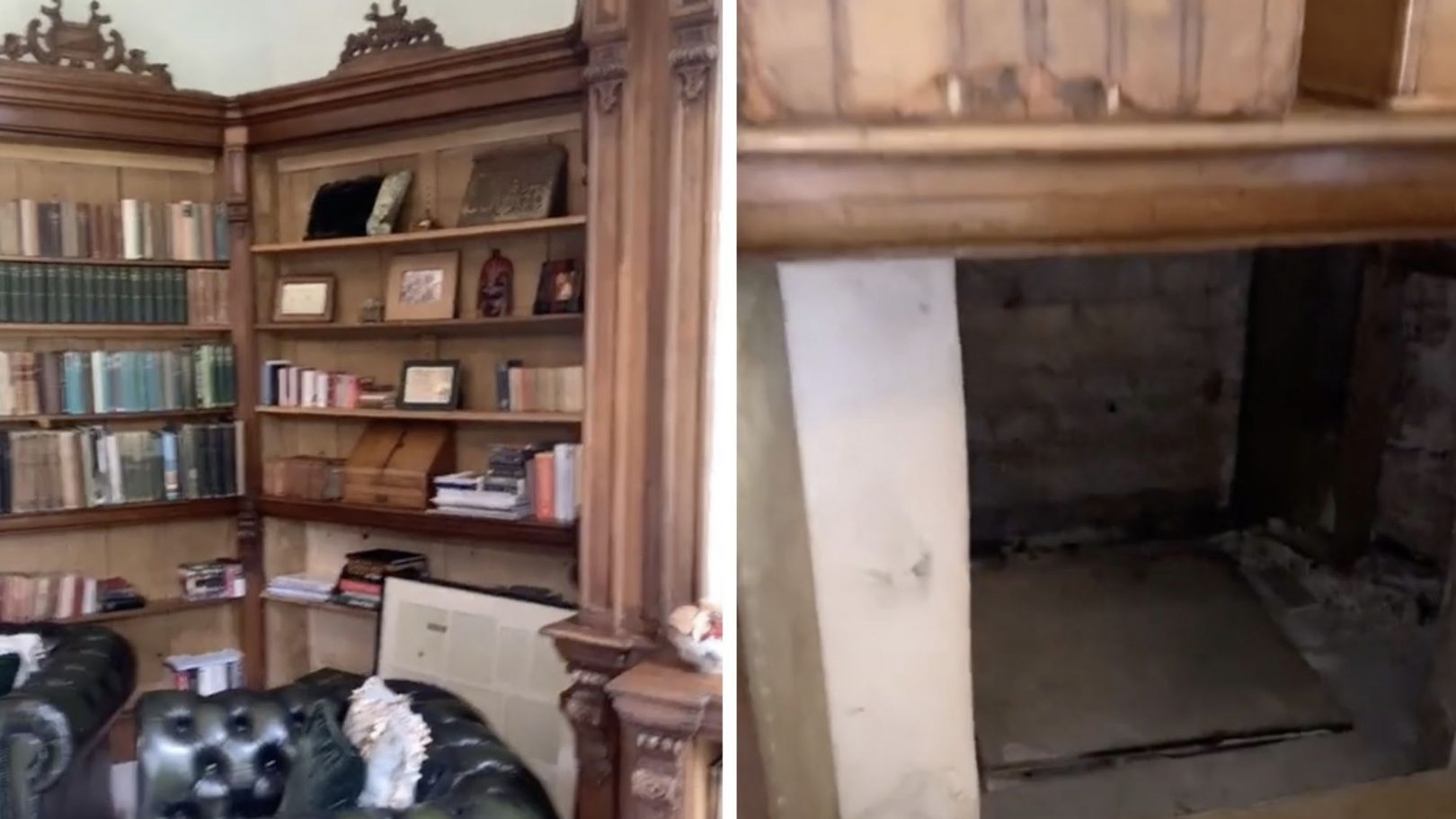 We see your house tour and raise you this fascinating estate loaded with secret rooms and tunnels.

Freddy Goodall has a truly fascinating British home. Over the course of several different videos, he shared footage exploring the many different secret passages he found behind the bookshelf in his incredibly elaborate library.

By removing the bottom panel of one of the bookshelves, Goodall revealed an unfinished room. Within that room is a tiny hole in the ground, which he climbed down hesitantly.

The crawl space below led to a tunnel, which then led to a room filled with old, torn-up books, which he said might have something to do with an old boarding school that was once a part of the house.

He salvaged a few books and put them in a bag to research upon his return to the light.

Around the corner, he found a desk drawer and yet another hole that revealed yet another secret room behind this one. If you've lost count, this is the fourth layer of hidden rooms that he's uncovered.

He wedged himself inside and revealed it was, in fact, a massive, empty room.

The video ends there, but there are many parts to Goodall's series.

He's uncovered wine storage, tunnels that led to a church, servants' quarters and various other secrets you find when exploring a massive house that was built in the 1800s.

In one of the most popular videos, Goodall opened a safe he found in a hidden room. It contained information about the house, which should help him in his quest to find and explain all the rooms he encountered, as well as some old letters.

Commenters are obsessed with the saga — and creeped out by all those tight spaces.

"My worst nightmare! I would hate thinking I could get stuck down there," one user said.

"Your house looks amazing," another wrote.

It's clear Goodall is not finished uncovering mysteries, and we're excited to see what he finds next ... right after we finish checking our bookshelves for secret passages.

- This story first appeared on In The Know